LUCIFER’S FRIEND – “Too Late To Hate”

Legendary hard rock/prog act reformed in 2015 year, and during the last period of 2016,  has released a new studio album. 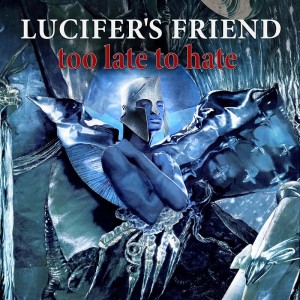 First, after 1981 year. With 3 original members in line-up, and with John Lawton as a frontman, a band has offered pretty interesting 11 + 1 new track, done in 80’s hard rock mood, someone could say very likely to Uriah Heep approach. But songs of guitarist Peter Hesslein and mentioned Lawton sounds fresh and why not to say – modern, judging by expected genre’s variants.