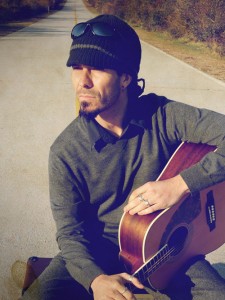 If entertainment can be defined as an agreeable occupation of the mind, then Robinson Treacher has found a way to encompass this in every aspect of his contribution to music-kind. Whether playing the role as front man to the soul-rock infused Delaware Hudson, as co-collaborator to the Alt-Country based Tensleep, or as a solo singer/songwriter, Treacher seems to drain himself of energy in the ceaseless pursuit of portraying moments of musical passion. This passion is evident in every attempt he makes to involve us, the listeners, in the spiritual orchestrations of emotion that have been meticulously tempered into songs. 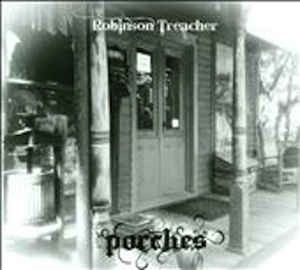 Just like the long list of New York City artists before him, Robinson feeds off the honest grit found among the “huddled masses”…coupling the blatantly obvious (to a New Yorker at least) with the deeply personal. Chameleon-like in his approach to his songwriting, he refuses to be pigeonholed into one particular genre. Believing that each song is forged from its own unique terrain, he takes great pains in choosing the vehicle by which passengers might best weatherthe bumps, potholes, and blind curves found between the first note and the last. Admittedly susceptible to the affectations of the senses himself, he asks his audience to participate emotionally as well as physically in a “whole self ” conceptual challenge, a 360 degree soul search comprised of the most joyous elation to the bitterest of pains. 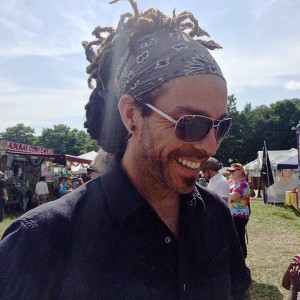 With the emergence of a true “world” community of listeners and the dissolving of the old guard record company elitists, Treacher’s eclectic songwriting can be allowed to burgeon…flowing freely among the throngs of liberated music enthusiasts…authentic and unabashed in its purity and form.

There are no canvases on which to paint. There are no seminars from which to glean wisdom. There is only the note. Alone, it is just that; strung together, it is a road on which to experience life. Treacher is building this road for himself, but would be the first to admit that the companions define the journey.