ARE YOU EXPERIENCED? (USA) 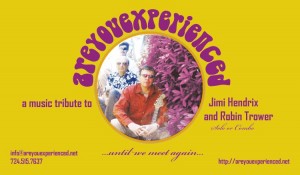 Long Description:
Are You Experienced? is a tribute to the music genius of Jimi Hendrix & Robin Trower, who forever changed the face of music. We do both individual and combination shows; playing everything from the well known hits, to the lesser air-played, but equally well loved songs by these true guitar virtuosos.

Bio:
The band started back in 2009 with Frank and John with umpteen years of guitar and bass playing experience bumping into each other at an open stage. Frank eventually approached John about his lifelong dream to do a Hendrix-Trower Tribute. John, being a big fan of both, agreed to go along for the ride and 3 years later, we are now positioned to take the world by storm.;-) We started with just the two of us for several months, then John’s son Brian,a temporary drummer filled in. Then, at a local jam, we picked up Randy Dell as our drummer and the rest is history in themaking…Stay tuned… 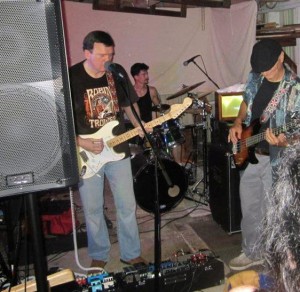