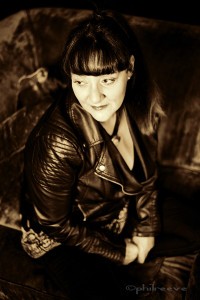 Liz Lenten formed AUBURN in the summer of 1999. Their first gig was at the jam-packed launch party of Scarlet Records held at the salubrious and smoky Madame JoJo’s in Soho to a completely packed and enthusiastic house.

Their first EP ‘Sweet Sebastian’ received extensive airplay, and sold out of its limited pressing within 2 weeks. They then teamed up with producer Tim Pettit, (Travis, Sun House and Carlene Carter) and recorded ‘For Life’, which also got great radio support and the band toured UK and played many live radio sessions.

The debut Album DREAMS was released in 2003 and AUBURN toured with SOPHIE ELLIS BEXTOR in UK and EUROPE, playing to 40,000 people. In 2005 CRY reach no 5 in the indie video charts after which they took a break concentrated on parenthood!

Auburn reunited in 2011 to create one of the break-out releases of 2012, ‘Indian Summer’, which garnered rave reviews worldwide.

‘Indian Summer’ is a mix of up-beat and slower tempo electro-acoustic pop music, but borrowing much from the roots, country and blues genres; definitely 2013 – but with a slightly retro sound, that has its listeners reminiscing. It is a mixed sound of lush acoustic guitars, rich cello lines and groovy percussion, underpinned by hypnotic bass lines, with guest performances by ELIZA CARTHY and LAURA VANE.

Described as a band that delivers “songs from the heart” by the London Evening Standard, and “Dreamy, moody and atmospheric” by Classic Rock Society, Auburn had a great critical reaction to the album and their tour supporting the release.

“We have been really thrilled by the positive reviews that the album has had and the audiences response at the live shows,” says Liz. “It was nerve racking after all this time away, but it feels like people are getting it and there is definitely an awareness building around the ‘Indian Summer’ album.”

Choral-director and artist/label manager (ELIZA CARTHY, SHANE MACGOWAN & GALIA ARAD) Liz, who’s voice has been described as “so sweet it’ll make your hair curl” and “husky, with an emotional frailty”, isn’t afraid to show her full range of vocal tones or emotions.

In March 2013 Liz went back into the studio to write some new songs, later joined by original AUBURN collaborator Mark ‘Gus’ Gustavina.

In June 2013 she took these to Nashville TN, to record with award winning producer THOMM JUTZ, and his team of Grammy winning musicians. The resulting album, entitled ‘Nashville’ was released in 2014 to critical acclaim. 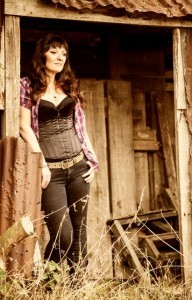 2014 proved to be a hugely exciting year for acoustic ensemble Auburn. With the new album and a major UK tour supporting the legendary Jefferson Starship’s 40th anniversary tour, Auburn captivated audiences around the country with their unique blend of Americana, blues and roots music and established Auburn’s place as a compelling force in contemporary Americana. Showcasing Liz’s versatility as a writer and vocalist, Nashville’s sonic world fuses elements of blues, Alt-country and roots music, with soulful lyrics and catchy pop rhythms.

Three tracks from the album were made available on ReverbNation prior to its release and within a few weeks had reached No.1 in the UK Americana charts and No.7 in the Global Americana charts. ‘Nashville’ gained extensive airplay and great reviews across Europe – notably Netherlands, Germany, Belgium, Sweden, Portugal and France. In January 2015 Liz returned to Nashville, TN., and again with producer/guitarist THOMM JUTZ, and her fantastic Nashville Musicians, recorded new CD – MIXED FEELINGS which was released in 2015.