In Finnish mythology, Vellamo is the goddess of the sea. Based in Kokkola, on the western coast of Finland, the folk duo Vellamo has been delighting European and American audiences since 2008.

Pia Leinonen, originally from the arctic region of Lapland, is Vellamo’s lead singer. Her exquisite voice combines her love and vast knowledge of Finnish folk music with the western singer–songwriter tradition in a unique and beautiful way. Her moving and evocative stylings have been compared to those of other story-centric performers such as Joan Baez and Marlene Dietrich. 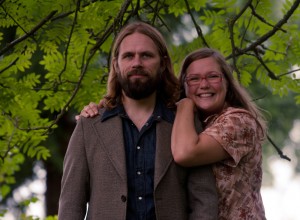 Joni Tiala, originally from the Finnish port of Kokkola, began playing guitar at the age of 11. He is now a master of several stringed instruments. His eclectic musical background includes writing and performing for theater, progressive and alternative rock and Finnish and western folk. In addition to his work in Vellamo, Joni is an accomplished theater and session musician, and is founding member of the renowned Finnish progressive rock band, Moonwagon. 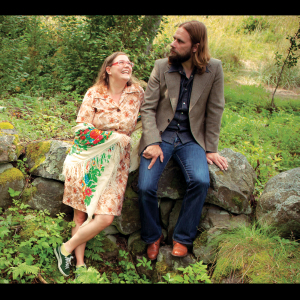 Vellamo combines the rich tradition of Finnish folksong with an appealing “retro” sensibility (recalling the likes of Judy Collins or Richard and Mimi Fariña), creating an exotic and magical acoustic experience. Pia and Joni have even been known to sneak in a “Vellamo-ized” Jethro Tull song now and then just to shake things up! A visit to the world of Vellamo is an enchanting, educational and unforgettable musical journey.

Vellamo released their first album in early 2013. The album was engineered and co-produced by Ken Anderson at his home studio called Song Catcher Recording, in Vermont, US. This renowned folk musician (Hungrytown) also plays drum and bass tracks on the album. The tone of the album is clear and bright, respectful of tradition yet sounding fresh. It features 7 original songs, written in both Finnish and English, as well as traditional songs from the Finnish, Swedish and English folk song traditions. The album is described to be ethereal Finnish folk pop with gorgeous vocals and memorable melodic hooks.