Susan James received high praise in 2014 for her CD “Driving Toward The Sun,” which not only achieved various chart rankings, but landed a number of  television and film licensing deals and reached another level of fans.

Her US shows and European tours built a steady stream of followers. 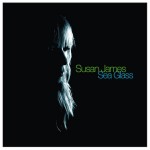 For ‘SEA GLASS’, Susan teamed up with her old friend Sean O’Hagan of the esteemed UK group The High Llamas to assist in developing the rich and rarified landscapes created on this unique musical endeavor. The fascinating new recordings include a broadened instrumental landscape of strings, flutes, harpsichords, marimba and James’ rich vocal arrangements.

All songs were written by Susan, and she challenged herself by sometimes forsaking her usual writing instrument of choice, the guitar, and writing several of the songs on keyboard.

“…a singer/songwriter can make his or her rep on two things: excellent songwriting and an eye for small musical details. Fortunately Susan James has both… she’s still a step above her contemporaries.”– Blurt Online. 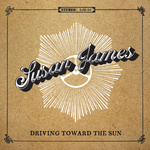 While Susan has made a splash performing solo with just her voice and acoustic guitar, she can also be seen with her band and all the while expanding her lyrical and musical reach. It is James, who stands as the guiding force behind her music and albums, creating what she calls her “California Hybrid” music – melodic psychedelic folk rock. The Southern California native was greatly influenced by all the great L.A. bands like the Beach Boys and the Byrds, but she also has family in the Central California and the Bay Area regions and was exposed to those regions’ music too.

The idea of becoming a musician dawned on James at the age of eight when two high school students came to her classroom and performed songs like “Love Potion #9” and “They Call The Wind Mariah.” This experience, says James, “was like a veil lifted from over my eyes and at that very moment I knew what I wanted to do.” She later majored in Ethnomusicology at UCLA. Her studies helped to expose her to different styles of music, which she has incorporated into her own music from time to time. James, however, feels that it is important to write from her own perspective and the melting pot of cultures that she lives around today in Southern California. 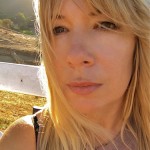 After college, James embarked on a music career. While enjoying some success around California, her big break came in an unusual way. Following one of her regular gigs at the Palo Alto club St. Michael’s Alley, James was asked how much money she would need to record an album. She guessed $10,000. “I had no idea at the time because I’d never been in the studio before,” James admits. A week later, a fan shyly handed her a brown paper bag filled with $9,999. The man, who introduced himself as Burrell Smith (the early Apple computer whiz), explained that his accountant said that $10,000 would adversely affect his taxes. She used that money to finance her first album, “Life Between Two Worlds.”

She has since released four other indie full-length albums- “Shocking Pink Banana Seat,”“Fantastic Voyage” (a double CD set of songs and instrumentals), and 2011’s “Highways, Ghosts, Hearts & Home.”and 2014’s “Driving Toward The Sun”.

Through the years, James has performed extensively across America, Canada and Europe. She has toured as the opening act for Lindsey Buckingham, Bob Weir & Rob Wasserman, Ratdog and Richard Buckner as well as sharing the bill with folks like Son Volt, Richard Thompson, David Lindley, Daniel Lanois and Rufus Wainwright and quite a few more. Her music has been licensed for TV and Independent films, and she has guested on other friends’ albums such as The High Llamas (albums “Buzzle Bee” and “Beets, Maize & Corn”), and the late Mary Hansen’s (of Stereolab) “The Horizontalist.”

James now is hard at work on release number five, and she feels extremely excited about the particularly creative time period she is experiencing. “I’m just hungry, happy to be back in it full-on, hungry to prove myself again, hungry to better myself, to make something that sounds like no one else, and of course, create something people will truly enjoy beginning to end.”