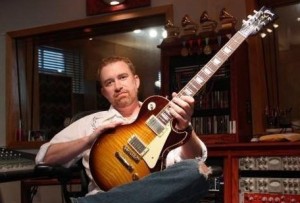 He soaked in the fundamentals of his instrument at the University of North Texas, recognized as one of the largest and most prestigious colleges for music performance in the US. There, Brian was exposed to a wide range of musical influences that continue to inspire and shape his tone. While attending classes, he found he could not ignore the real world education playing the local club scene. Responding to this loud and early call of a professional career in music, he fast tracked graduation, and departed Texas for Los Angeles, where Brian spent over a decade playing the California club circuit. 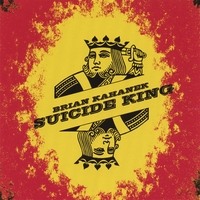 Classic venues like The Viper Room, Molly Malone’s, BB King’s, The Mint…these were the esteemed halls where audiences first experienced Kahanek’s sonic signature. It was in LA where a track from his first album, “Real Life”, was picked up and featured in the 2006 version of Guitar Hero, the seminal video game that broke sales records and garnered Kahanek worldwide attention. 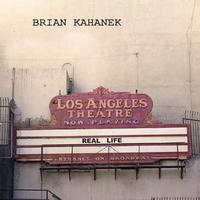 On the heels of the success of Guitar Hero, Brian released his sophomore record “Suicide King”. He followed up this record with regional live dates and session work on Grammy award winning records.

While honing his live show, Brian wrote, recorded and released his third record, “One True Thing”. This dynamic collection of original tracks conveys a potent sense of optimism, and further established his blend of Blues and no-holds barred Rock n’ Roll.

Along this journey, Brian has also recorded guitars and mixed for some of music’s top artists including: Tim McGraw, Multi-platinum Latin Group RBD (Rebels), Virgin recording artist – Betzi, Walt Disney Pictures, Warner Bros Pictures… In fact Brian’s guitar work is featured on the 2006 number one single and record in the Latin American market “Save Me” from RBD’s (Rebels) debut.

Transforming his vision from the studio to the stage, Brian’s live performances are often described as dynamic and very personal. His energy-packed sets pull people out of their seats and into the moment. It’s a place that transcends genre and connects everyone in the room to an elevated space. It’s not just a show…it’s an experience.