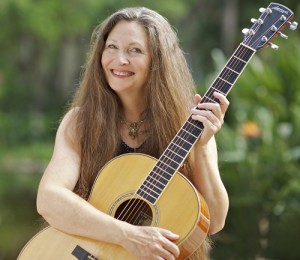 Elaine Mahon was born to sing, and sing she does with lyrical songscapes that are lovingly painted with imagery gleaned from the natural world. Her voice rises effortlessly on intricate and alluring melodies which move through unexpected, yet pleasing changes. A Gainesville native, her sensibilities as a songwriter developed from a childhood spent roaming the woods and the beaches of North Central Florida.

A masterful storyteller, Mahon forms an immediate and intimate emotional connection with her audience. An astute observer, with a deep love of nature, Mahon wields lyrics like an artist wields a paintbrush. Her attention to detail and her understanding of the power of broad brush strokes makes her songs both captivating and memorable. Add to that a sweet, resonant voice, capable of expressing a wide range of emotion and you have a winning combination. These qualities are delightfully reflected in her 2013 release of “Rise”, which features a collection of finely-crafted songs delivered straight from the heart by her clear, expressive voice. 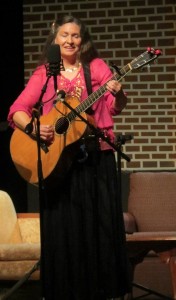 What most people don’t know is that Mahon holds a Ph D in astronomy. Her work in extragalactic astronomy imbued Elaine with a broad perspective which strengthened her appreciation for nature, the primary source for her lyrical imagery. During graduate school, Mahon found herself turning her energy towards songwriting. By the completion of her post-doctoral appointment, Elaine had made the decision to remain near family in Gainesville and to pursue a career in songwriting instead.

Mahon began to work on the recording of her first CD “Seamless” and to perform in venues throughout Florida, Georgia and Alabama. By the time “Seamless” was released in 1995, Elaine was eight months into her first pregnancy and her focus naturally turned to motherhood. “Seamless” received excellent reviews, but Mahon wasn’t able to follow up with touring and promoting the record. Busy with raising her son, Elaine, yet ever attentive to her muse, continued to challenge herself at home as a writer, singer and guitarist. 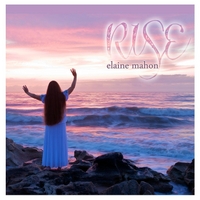 With the release of “Rise” Mahon celebrates a return to a promising career as a singer and songwriter. #11 on the ‘Folk DJ Charts’ for February, the title cut, “Rise Up Singing”, is also one of ‘Folk DJ’s’ top played songs in February and March 2013. The variety and depth of her work today provides strong evidence of a mature writer who can effectively blend diverse influences to create a coherent collection of songs. The result is an album that is melodically, lyrically and sonically enchanting. Recorded and produced with Mahon by Lis & Lon Williamson of Gatorbone Studios in Keystone, Florida, “Rise” features lush, but subtle vocal and instrumental arrangements that serve to enhance yet honor Mahon’s principle role as a solo performer. Remarkably, the recordings on “Rise” manage to capture Elaine’s sheer joy of singing, a joy which emanates from her performances and resonates with her audience.

An active member of the North Florida folk music scene, Mahon is also founder and coordinator of both Gainesville’s Sandhill Stage, a premier acoustic venue that benefits local environmental non-profits, and Sandhill Songwriters’ Circle, a local songwriter support group. Active as a hiker, birder, canoeist and gardener Mahon continues to reside in Gainesville, Florida, with her husband of 26 years, her teenaged son, five cats and an axolotl.

Inside photo by Fran Beggs