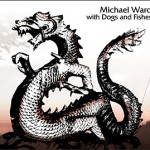 “After the completion of my last CD, I found myself in the grip of post partum diffusion. Aiming to lock myself into proscribed production, I rented a cabin from a friend overlooking Monterey Bay that I could not really afford, which was a workable, but statement making distance from my home of bed and business. The trouble it took to make use of it was designed to require results. Christened Penelope by its owner, it was a unique and unnervingly appropriate structure, which was both fittingly austere and functionally opulent. A monks cell with cable, in a postcard setting, a classically inspired backstory, and an implicit mandate for new work. ‘Weekends On The Wine Dark Sea’ is the product of this subterfuge. Like any collection written and recorded in series, over time, while bending to the weight of prior commitment, these tunes reflect my attempt at processing these rich and intrusive times more or less as they happened. The jaw dropping inadequacies of our collective system of survival, matched weight with the confusion and complications of love as song worthy. Hope and affection wrestled with invective and self indictment, while bemused observation held their coats. The usual songwriter stuff. 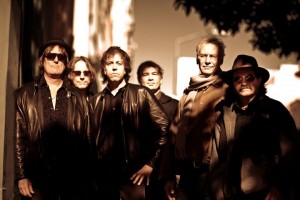 The whole process went into unexplored territory a couple of years ago, when a fire at my house and the subsequent bell ringing bad choice of a contractor put me in the strange position, which I continue to enjoy, of living out of a backpack in a series of temporary shelters; from motels, to a luxurious penthouse in a marginal neighborhood, to the rustic charm of the construction zone that is my current home. Much of this adventure has been paid for by the good choice of an insurance company. Being a creature of routine, it was not an altogether bad thing to be rousted from a decades long living situation, as a less encumbered and well funded perspective ensued which seemed to shine some fresh light on things. For all the writing and visualization, the actualization of all this has depended on the extended collaboration that is Dogs & Fishes. It is a great gift to work with these wonderful and richly talented players. I am deeply grateful for whatever it is that has kept these guys interested, the basic group having gone on for close to a decade. The addition of the inimitable Prairie Prince a few years ago has made us a truly dangerous outfit, capable of intricate and inventive arrangements, wild unexpected improvisation, and a bad ass groove nurtured by long time familiarity.

Most of the songs were recorded with the full band in the studio for basics, followed by weeks and months of overdubs and editing, then on to the mix, which were all done by old friend Mark Needham in his palatial lair in LA. There are a few interesting exceptions to this routine. One late summer we hauled a full Pro Tools rig and several cases of beer, to the cabin and spent the weekend jamming and recording.

The result was ‘The Pearl Gone By’, thoughtfully edited from its original 25 minutes to the current 8. ‘Engine Eddie’ had been in our live repertoire for many years and had been recorded by a previous ensemble, Dog & Pony. We wanted to finally get it on a record, since it has been a consistent crowd pleaser, but a close listen made it obvious that the track was too cool to abandon, so we baked and transferred the 2 inch tape, redid the vocals and then remixed. A unique and modern experience. This collection reflects my take on the alternately strange, grim, and wonderful life I’ve been living along with the rest of us, leavened by the serenity and perspective inspired by its site of composition. May you find it useful.”