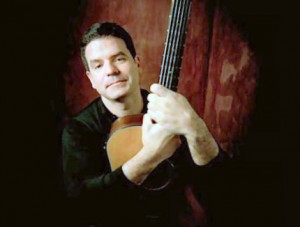 Cole Petrone is an accomplished singer-songwriter who has been entertaining audiences all over the world. Combining a smooth tenor voice with an artistic finger-picking style, Cole has crafted a unique indie style that has often been compared to the sounds of Jason Mraz, Ed Sheeran, Michael Buble and James Taylor.  Widely acclaimed throughout the music industry, his original and catchy melodies also include influences from the Beatles, Motown, Neil Young, and Paul Simon.  Winner in 3 of the top 5 internationally renowned songwriting contests, Cole has been recognized in the “John Lennon Songwriting Contest” “Song of the Year Contest” and “Great American Songwriting Contest”.  As acknowledged on “Billboard Magazine” and radio stations throughout North America, Cole’s originals are truly heartfelt gems that resonate with authenticity. His poignant lyrics on love, hope, and the yearning aspects of the human condition have struck a chord with thousands of appreciative fans worldwide. Whether opening for Bon Jovi in front of 20,000 fans, or performing in an intimate venue of 200 people, Cole’s performances always leave an audience wanting more.

As one of the most popular live entertainers in North America, Cole performed in over 200 live shows in just the past year.  His ability to play all genres of music – including pop, folk, rock, jazz, soul, and latin….. as well as many other styles – and his ability to take and perform requests at all of his shows, have earned him a reputation as one of the most versatile and sought after musicians in the area.

Assisted by Grammy-nominated co-producer Michael Creber, and joined by session players who have performed with a “who’s who” of rock royalty – including Elton John, Chuck Berry, Roy Orbison, KD Lang, Sarah McLachlan, Ray Charles, Ringo Starr and others – Cole has just released his third CD of originals titled “Songteller”, which is now available on all major musical distribution channels.