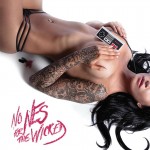 Vomitron is the solo project of Peter Rutcho, started in 1999 and based in southern Massachussetts, USA. Vomitron’s music can be most accuratelly described as heavy metal, altough can quickly switch gears from electronic anthems to thrash metal within the same song. In early 2007. Vomitron released it’s self-titled debut. The latest offering, entitled ” No NES For The Wicked “, consists of instrumental heavy metal interpretations of original NES video game music. This album was released on September 20, 2011. Peter Rutcho also plays in few other Massachusetts – based heavy metal bands, as keyboardist of Frozen and Armory, and as guitarist of thrash metallers Graveheart.In addition Peter is the sole proprietor of Damage Productions, a music production facility based in southern Massachusetts.