French singer/songwriter Sultana is an artist and composer who invites listeners to travel to her mixed  universe. Her actual album “Uni Vers Elle” has released as a CD on November 18, 2022, and previously on November 11, digitally on several platforms.

As her name announce, in some way she symbolize femininity, sharing and generosity. She posses sensual voice, and her songs posses touches of different musical variations. So, we can hear many traditional typically French idioms as a elements of chanson, pop, but also world music traces, as same as some folk Arabic, Mediterranean views as well. Also some influences  taken from Latin American and African heritages can be heard in her songs. 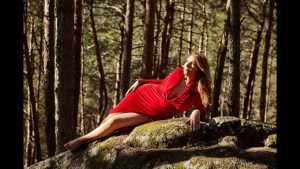 Different arrangements are noticeable from song to song, as well  as the singer’s different mood while interpreting certain tunes. There’s no doubt that the potential consumer is faced with a serious album, and very non-classically arranged and recorded songs.
In any case, the journey through Sultana’s world can begin. Along the way, discovering many hidden creative and musical ideas, can be absolutely exciting.