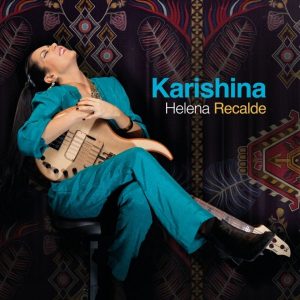 This release firstly was digitally present on streaming services from May 27, 2022. and as a physical release was active  from June 10th.2022.
As a album, “Karishina” reveals the great possibilities of Helena Recalde and her team. A fairly intuitive and at the same time melodic sound, as well as an exceptional knowledge of the Latin jazz and world music traditions, of the members of this album, do not for a single moment make us doubt that we have great musicians in front of us,who know very well what they want, and what their possibilities are. Latin jazz influences from the 60’s, 70’s and 80’s period of the previous century, only reinforce the creative message that the music of Helena Recalde and her collaborators carries with it. 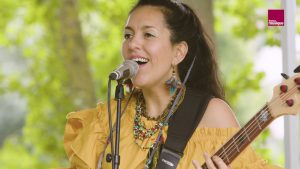 This is also some sort
of journey through  the world of latin jazz and world music, which is equally modern, but also sufficiently connected with older values, more acceptable to supporters of the sound from the mentioned past decades.
“Karishina” is also an album for repeatable listeners attention, with lots of challenging and analytical places.