Mos Generator are frantic trio from Port Orchard, WA, and in celebration of the 20 year anniversary of their debut album (released April 2002) they put up the the audio for the original CD release show from April 2002. 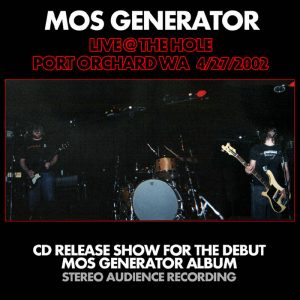 This is nice reason for anniversary celebration, and also relevant reminder for band fans, on some good old younger days.
Mos Generator is an interesting act, which consists of : Tony Reed: guitar / vocals, Shawn Johnson – drums, and Scooter Haslip – bass/backing vocals.
We can find six songs on this live album, and clearly hear and see, what was the main performing course of band members. And this is 70’s hard rock, with noisy garage including,also there are  elements of classic rock, some stoner influences, and wild performing show of complete team as well. 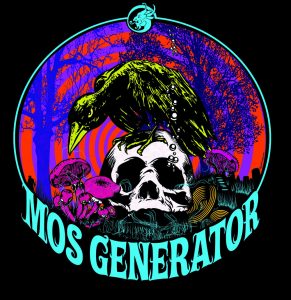 So, memories and opinions comes to the period of the golden 70’s, even that USA act knows how to put their ideas in one common own style.