Swiss/American singer/songwriter Mala Oreen isn’t unknown name under the newer Americana/roots music sky. She grew up in a family where music was vital. She is also guitar and violin player. During the years she has performed in various folk groups in Switzerland. She has fronted her own Celtic/Americana band Mala & FyrMoon, and she was touring with mentioned act between 2009 and 2018 year. 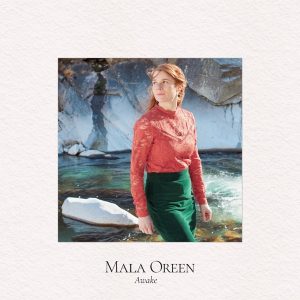 Her first solo release was an album entitled “Simply A Lotus” in 2011, followed by “On The Run” from 2014, released with FyrMoon band.
Mala like to explain that she writes songs full of hope and healing. Her actual album “Awake”, with 10 tracks in, is an album full of emotional traces, pleasant atmosphere and warm arrangements works as well. Her songs are mostly done in mid or slower tempo, where clear and precise playing and her clear vocalization are dominate factor practically all the time. 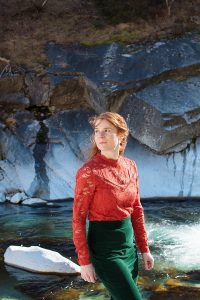 “Awake” is an album with unique performing trip, mentioned pleasant and for wider potential listeners more than acceptable atmosphere too.