Officially released on 10th of September, this 2021.but previously announced from several digital platforms, actual S/t album of band, or better to say project A, is here available for the audience who specially prefer an experimental side in music world. 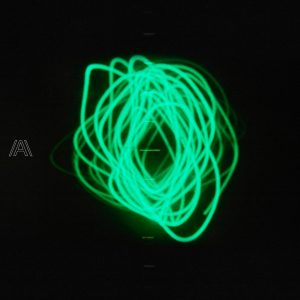 A are Swiss trio made up of Emilie Zoé, Franz Treichler and Nicolas Pittet. We can find on their album the seven tracks, as a result of a longer jam sessions, recorded and released during the previous months.
An experimental and mostly strange sound, lo-fi psychology, post new wave traces,  noise and psychedelic lines, has been  presented on group’s S/t album as well. The songs are different among them, and different atmosphere is dominate element on complete album too. The often up tempo changes, followed up  by the various interesting ideas, coming out from the minds of the members from band. “A” is also a wild release, and I would add one more time, with clear post new wave and 80’s additional, as a sort of special spices as well. I wouldn’t mentioned any specific song from the group’s debut, but their key weapon is general atmosphere and fresh and interesting performing psychology.