Out of Switzerland comes an interesting female duo named Easter Poly. A group consists of Martina Berther (bass, vocal) and Beatrice Graf (drums, vocal). A group has started in 2013. and in 2017 releases first album, entitled “Pique Dame”.
During the entire career Ester Poly has given over 160 concerts worldwide. 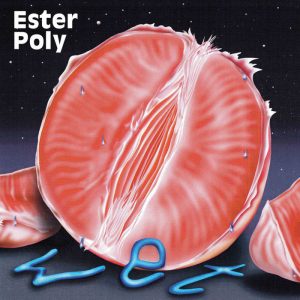 “Wet” is an actual album, released for “Hummus Records” with 11 tracks in. Swiss ladies are an interesting act, and their songs are dealing with political themes, female lust among other actualities, also with sorts of humor. Musically speaking, they are pretty original, and presented sound and style are close to post new wave psychology, also with many late 70’s and early 80’s  new wave traces, but with strong additional of psychedelic variations, noise steps, darker moods, so in the final, we can find here and there some sort of specific crossover. 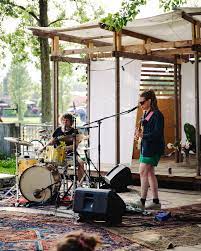 The songs are different among them, and we can not locate a specific time and place of their authors creations. “Wet” is one of  the albums who can be recorded nowadays, and also in some periods of the 90’s 80’s or late 70’s. But, at the same time this is also an album with many so call modern tricks and interesting results.