DIFFERENT STRINGS – “The Sands Of Time”

“The Sands Of Time” is a fourth album by the group Different Strings, coming out from Malta. This is also a band/project, leading by multi-instrumentalist, composer and producer Chris Mallia. He started out his music visions in 2004 year, and till now, his works has been nominated and mentioned as successful and relevant releases/jobs. 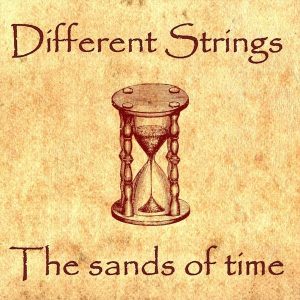 “The Sands Of Time” is also an album/project done in progressive/progressive rock mood, with strong influences taken from previous eras, as periods of 70’s, 80’s and 90’s as well. The songs from the album features the voice of Andrea Casali from Icefish band.
“The Sands Of Time” is consisting of two parts, where similar atmosphere dominate through presented songs. Practically, all of the tunes/themes were done in slower, rarely mid tempo, where atmosphere and arrangements have had leading rola.
CD version of the album has a 1 bonus track. As an album “The Sands Of Time”, till now has received mostly positive feedback worldwide, and this is undoubtedly another interesting and serious release of Chris Mallia and his companions.