MIESHA AND THE SPANKS – ” Singles EP”

Miesha And The Spanks are rock duo, based in Calgari, Alberta, whose career has been active nearly a decade and a half. Their discography has also started in 2008 year. Actual release from April of this 2021, simply entitled “Singles EP”, and duo has recorded during the Lockdown days. 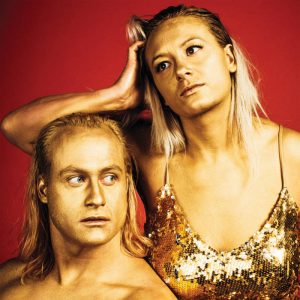 Judging by their explanation, a new issue was meant to be a sort of mixed tape of standalone tracks for radio and licensing, but instead it became a collection of songs influenced by the immediate life-changing effects of living during the Lockdown. 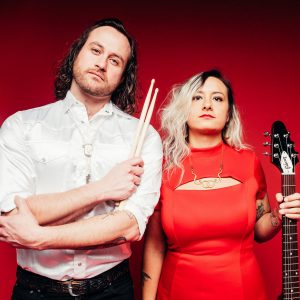 Miesha And The Spanks has offered 7 songs done in garage/punk rock mood, with noise and grunge additional as well. Miesha “screamo” voices is one of the central and leading element in duo’s version of general music exposure, and many elements taken from the garage and punk era of the late 60’s, 70’s and 80’s period was presented here and there. Leeroy Stagger as a producer did an excellent job, so I would add that psychologically he has entered on an excellent way, in the world of presented songs.
“Singles EP ” could be an interesting product especially for the followers of older garage/punk tendencies, even though Miesha And The Spanks in their own way has also captured an energy of our time.

JACKSON BROWNE – “My Cleveland Heart” HIRAKI – “Stumbling Through The Walls”