NOLAN McKELVEY – “Into The Silence”

Mr. Nolan McKelvey is well-known name on USA Americana/roots music sky. He is active more than 25 years, and he has released numerous albums and performed practically in every corner in the state. 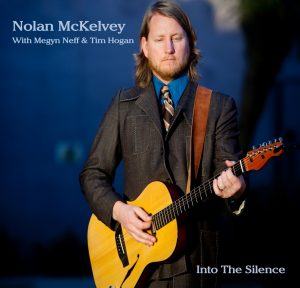 His  release “Into The Silence” he has recorded live at the Orpheum Theater in Flagstaff, AZ, without an audience, on July 18th, 2020. Megyn Neff and Tim Hogan were part of a team, also with Ron James, who has played drums on third song from the album – “Dark Times”.
“Into The Silence” includes some previously unreleased tracks as a  “Sweetest Dream”, an ode to McKelvey’s daughter, and among others “‘Neath A Hill In Yarnell (Tears In The Dells)”, a tribute to the 19 Granite Mountain Hotshot Firefighters lost on June 30th, 2013. Some listeners and reviewers should say, that “Into The Silence” is one of the most intimate McKelvey release till now. 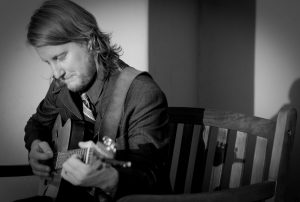 We can find 12 songs here and there, done in similar mood and atmosphere, with lotta’ emotional moments and certain performing. Mr. McKelvey has offered a specific music travel to the world of  roots music/folk/Americana, where past and present are unite in one common circle. Without a doubt, pleasant atmosphere and well-done songs were allays of Nolan and his team.