Out of France comes Clement Oury, well-experienced musician, and at the same time well-educated artist. He is also nominated artists, whose knowledge touches different music fields, genres, styles.
His artistic background could have ended with the brass band Zivel Orkestar, he played with during 10 years. He also has cooperated with musical groups such as the four-piece band Aalma Dili, Soviet Suprem and lately Merzeg Orkestar. 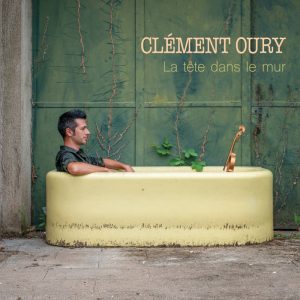 “La tete dans le mur” is his first solo project/album, released during the November of previous 2020 year, with 12 tracks/instrumental themes in. His album is a sort of musical travel, where different instrumental parts, landscapes, rhythms, moods are going in one common direction. 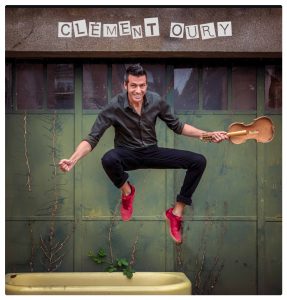 We can label his vision as a sort of world music, but that is pretty banal explanation. In his approach we can find many elements of variete, Balkan folk, lo-fi minimalism, and many crossover details as well. Strange arrangements including has followed practically complete presented material, but that was an unique and original element of Mr. Oury’s  creativity.
“La tete dans le mur” is different and at the same time modern album, worth listeners attention, and acceptable for the music analyzers too.