Pat Reilly AKA “Pat the Panther” is an international touring guitarist, session guitarist, and songwriter. Born and raised in Queens New York, Pat started playing guitar at the age of 16, drawing influence from renowned guitarists such as Mary Friedman (ex Megadeth), Dimebag Darrell (Pantera), and David Gilmour (Pink Floyd) to name a few. 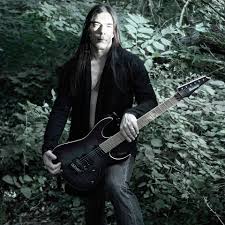 Although Pat’s musical passions lie in the metal genre, his songwriting is quite diverse, ranging from classically composed intros to full-fledged groove-based metal compositions.  Many listeners may consider Pat a “Shredder” but he frowns upon the term as he prides himself on the emotional element of songwriting and guitar playing, not so much on being purposely technical.  Pat’s songwriting philosophy is “Write for the song not for the ego”

On the touring side of music, Pat’s experience is fairly extensive.  He has toured with bands such as Tengger Cavalry, Through the Discipline, Vajra, and Awaken, playing several hundred shows throughout the United States, Canada, and Europe most notably performing at New York City’s prestigious Carnegie Hall. 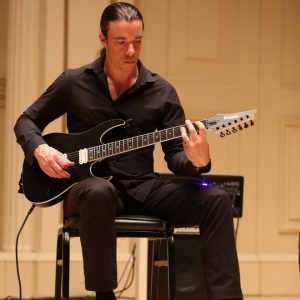 As a solo artist, Pat has released 5 instrumental tracks since 2017 and put out his first full-length album titled Path to Transcendence on January 3rd of 2020. Pat’s guitar solo work can be heard throughout Tengger Cavalry’s Northern Memory, Vol. 1 album, as well as on Through the Discipline’s 5 Ronin EP, Rival Order’s Save Me and Fellahin Fall’s Of Fallen Words.

“Music is the fire that burns within my soul” – Pat Reilly