Surrender Hill are wife-husband duo, formed by Afton and Robin Dean Salmon. With several additional musicians, they have released a pretty ambitious 4th album, entitled ” A Whole Lot Of Freedom”, with believe or not 18 tracks in. 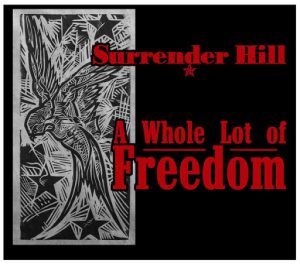 There’s no doubt that previous impressive experience of Afton and Robin Dean, helped that they have released a wanting ideas, in I believe expecting manner. 18 tracks were done in different Americana/roots music mood, with slower and faster songs, and with clear country and folk including as well. In interesting way they combine a voices, where presented  performing ideas has opened a many authentic themes. 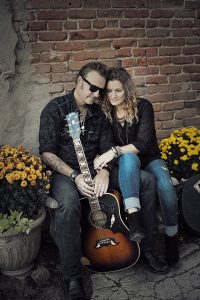 Their authors work were inspired by the  experiences they had on the road, stories told by the family members, experiences and memories from childhood times, and generally one storytelling variant describe practically complete album material too.
“A Whole Lot Of Freedom” is well-produced album, with  successfully released all other technical elements.