THE TRUE DECEIVERS – “My Own Highway”

The True Deceivers are UK veterans faithful to roots/folk/Americana tendencies, whose activities dated from 2003 year. With actual one, quintet from Guildford has released 3 albums and performed many concerts on festivals, clubs, and other different places, where audience was ready to hear music from band’s lavish roots repertoire. 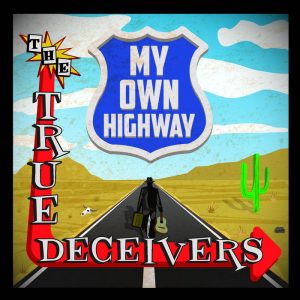 “My Own Highway”, the actual product, a group has released as a CD and digital, with 11 tracks in, and  contain 9 authors signatures, penned by songwriter and multi-instrumentalist Nick Bliss, and 2 covers.
A group also has in its line-up a strong singer Graham Firth, fiddle player Rupert Lewis, and suggestive rhythm section – bassist Dee Coley and drummer Jamie Legg. 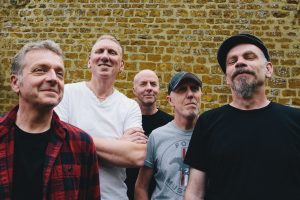 A band perform presented material with strong energy, mixing several idioms as a roots/folk/Americana/country and rock details. And in final, they “look” like as a pretty original act, with their own vision and view, how the modern or actual roots music should show its “real” face in nowadays sky. A lavish musical and performing experience of band members is also a strong weapon in its hands, so all of the songs from the album are done with clever arrangements including, with interesting and wise realization.
There’s no doubt, that “My Own Highway” is important album in group’s discography, and also very recommendable for the followers of roots/Americana/folk tendencies.