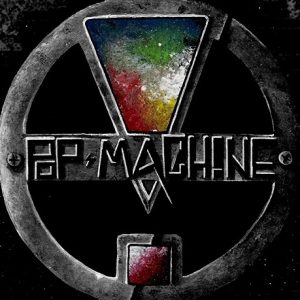 First of all I would like to explain to Serbian and former Yugoslavian audience, that I’m writing a review of Canadian act Pop Mach!ne, not Belgrade, Serbian 70’s legendary acid rock/hard rock group with same name, well-known in regional area.

But Canadians, I have to say girls and boys, three females and two males, aged between 17 to 22 years, named a band Pop Mach!ne, and started out  its story in May 2015. In previous 2019. they have released  a “S/t” album, with 8 tracks in, penned by themselves. 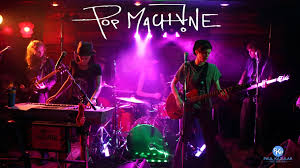 Emily Duval is a lead vocalist and keyboard player, and her pleasant voice is one of dominant detail in its music conception. A group from Ontario area is on the field of rock/hard rock/classic rock tendencies, closer to 70’s and 80’s period, than to nowadays standards. But they aren’t so call retro act, and they also accept a modern views of mentioned genre’s variants. They are not rough or unpolished act, and most of things in its line-up “looks” organized, and I would add natural. Maybe, mentioned details are not too affirmative for the older followers of classic rock, but Canadians did all the things in their own way. All of the songs posses evident melodic elements, and mentioned detail  is a stronger weapon in its hands, and general offering.

They have recorded a promising debut, and I believe that in the future period, we will hear more other  interesting potentials from them.