FRANK MIGLIORELLI & THE DIRT NAPPERS – “The Things You Left Behind”

Out Of New York comes a singer/songwriter Frank Migliorelli. He is author with respectable experience, and he knows to perform solo and with his band The Dirt Nappers.
He has also written a library of music for advertising agencies, children’s publishers and video game projects. 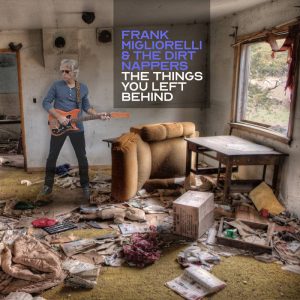 Actual album from previous 2019 year, with 11 tracks in, “The Things You Left Behind”,is a sort of music, where we can find elements from power pop and melodic rock tendencies in crossing duality. Also 60’s pop influences, as same as British 80’s traces , can be find here and there. Most of the material has been done in mid-up tempo, with few easiest tracks and some half ballads.Many music  pictures of so call past period, Frank has created as an author, so we also can find many memorabilia emotions too. 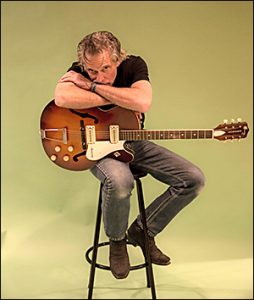 Frank and his band knows to remind also on USA power pop acts, from late 70’s and the  beginning of the 80’s period, even that arrangements and production capture the nowadays standards.
“Key To Your Heart” is one of the songs , which I would like to recommend for always ready listener’s ear.