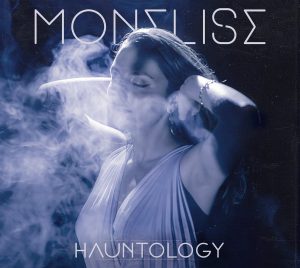 Out of London, UK comes Monelise, conceptual actress and songwriter, active for some period now.
During the late November of previous 2019 year, she has released an album with 11 tracks in, entitled “Hauntology”. Mentioned full-length was followed by few singles/EP’s, where Mrs. Monelise has announced her author’s visions and views.

Inspired by the David Lynch legacy, also Kate Bush, Bjork works, as same as global theatrical world, she has created her own concept and style, where complete offering material belongs to various genres approaches. 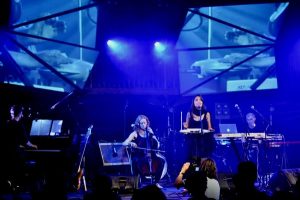 “Hauntology” is consisting of different moods, different arrangements and different but at the same way similar psychology between the songs. Elements of avant garde, experimental, as same as darkwave atmosphere, dominates through presented materials.

Monelise has created her own style and movie, and I would add that entering to her musical world, can’t be an easy job. But, “Hauntology” is surely a serious album/project, with many more than interesting, so call hidden places, waiting for your discovering.