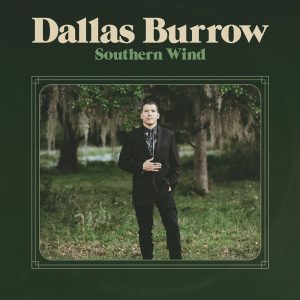 A few days ago, I have received a material from Mr. Dallas Burrow, and his actual product, a  CD, also is available as a digital and streaming product, entitled “Southern Wind”, with 13 tracks in.
Dallas is from Texas, and many of the relevant authorities named him as a one of the best young songwriters.

He is a storyteller, convincible vocalist and his lyrically wide range of themes, has showed that he knows how to face with worldwide emotions or social problems, even though he also recapitulate country heritage in his own way. Dallas is also an original songwriter, his songs are rich of brilliant arrangements and he has collected a nice team of following musicians, who took an important place in presented material from the album. 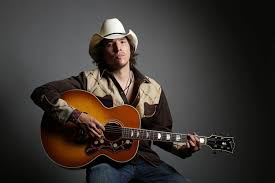 Dallas has offered songs, where most of them are done in mid-up tempo, with some easier tunes, but he has treated ballades in his own way. Eric McConnnell was producer together with Dallas, except the song “Southern Wind”, for which was responsible Larry Chaney, also together with Dallas.

Dallas isn’t a classic hit maker, but all of his songs posses equal quality and as an author, he knows how to accept standards of our time.