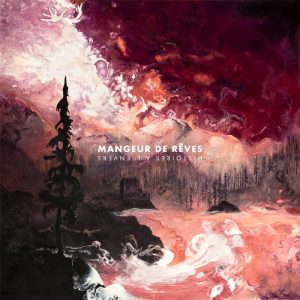 Out of Montreal, Quebec, Canada comes a band Mangeur De Reves, whose story started in 2016 year.
They are quintet in formation, and during the January, this 2019 year, they have released an album material, with 7 tracks in, both in CD and digital, entitled “Histoires a l’envers”.

Logically they sing in French language, and there’s no doubt, that they have offered pretty interesting songs and ideas. Its music is rich of unusual atmosphere and unclassic arrangements as well. Most of the songs are done in mid or slower mid tempo, where one narrative singing process is present from the first to the last song. Mentioned specific atmosphere is their key weapon, and I would add that one specific analytic process, followed up presented material. Music itself is also combination of few different genres variants as: indie/alter rock, folk rock and progressive.

They have produced originality and also their own vision of conceptual approach. Interesting and in same time with enough original elements. 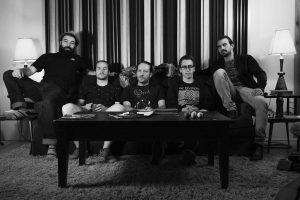