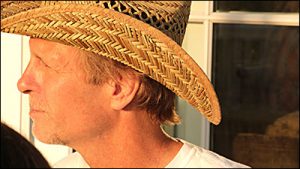 David Massey played guitar on and off for fifteen years before taking a stab at writing a song.  At 35, moved by his sister’s struggles with mental illness, he wrote “Susie Came Home.”  Not sure what to make of the result, he set it aside and didn’t attempt a second song until six years later.  On Memorial Day, 2001, he read a Washington Post reprint of a letter a young American fighter pilot wrote to his wife during World War II after learning of the birth of their first child.

Massey wrote “The Drunken Letter” that day, played it for friends, and the positive response set him down the road that has resulted in four independently released CDs – Blissful State of Blue in 2004, So Many Roads in 2009, Until the Day Is Done in 2015, and Late Winter Light in 2018.   The few reviewers who noticed were wowed; Rootstime called Blissful State of Blue a masterpiece, and added “David Massey manages, with his storytelling, to blow away celebrities such as John Prine, James McMurtry, Todd Snider and others that have preceded him.”

David is now a full-time slacker, having retired from his partnership at 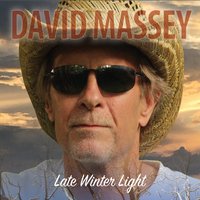 a large international law firm at the end of 2017, but generally plays only in DC area clubs and coffeehouses.  (“I’m too old and lazy to travel long distances in a van,” he says, also noting that his two dogs would never accept extended absences.)  However, he plays regular local gigs with Jay Byrd and Jim Robeson, amazing players, singers and songwriters who are veterans of the Washington music scene  and who constitute the core band on most of David’s CDs.  Their versatility allows them to explore the wide variety of styles and genres reflected in Massey’s (and their own) compositions – from swampy rockers to bluegrass-inflected country rock to delicate ballads.