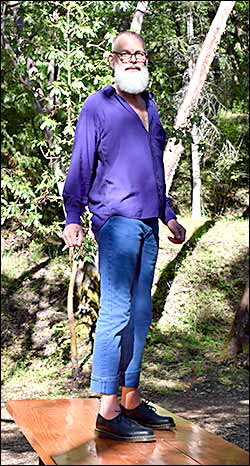 ”Homeward Bound” is Lincoln Briney’s 3rd full length studio recording. When he decided to take on Simon & Garfunkel’s iconic melodies, he wanted to do so in collaboration. For this project he chose the highly respected Chicago based arranger and producer, Paul Langford. Together they’ve reimagined some rare gems from Simon’s canon, most are familiar, some are lesser known.

All are infused with a unique modern sensibility and bolstered by Lincoln’s signature close flying vocal harmonies, penned together with Langford. Briney’s delivery, as if singing directly in your ear, will take you back to that distinctive 70’s moment of singers like Kenny Rankin or Michael Franks at their early best. The sound and feeling is fresh, intelligent, direct and uniquely Lincoln. 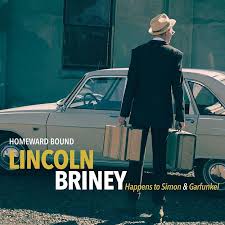 Titles include a hauntingly rich treatment of ”Bookends”. ”So Long Frank Lloyd Wright” is tinged in bossa nova with vocal chorus and flugelhorn. The bright and spirited samba feel of the title track, ”Homeward Bound”, will make you want to pack your bags. There’s the achingly poignant ”Flowers Never Bend With The Rainfall, then ”Old Friends”, done as a lilting waltz, which takes us home. Here is a new gift to a public crying for something genuine, heart felt and sublimely sophisticated.