UNDER SIEGE – “Under Siege” 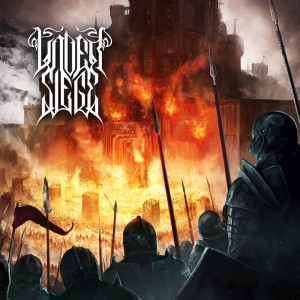 Out of Palestrina, Roma comes a band Under Siege, whose story started out in 2015 year. They work as a quintet, and band named several genres influences as a main in its musical visions, as a : death metal, black metal, doom, folk metal..

In January, this 2018 year, they have released a s/t debut with 8 tracks in. In brutal and raw way, Italian fellows distribute mixing elements of death metal and folk metal.

Both forms are presented here and there, and members from band has given enough effort that  the all things funkcionise as well. Productional work is also raw, and one faster up-tempo approach is practically present through complete materials too. Two songs in my opinion deserve repeatable listener attention, as a : “Warrior I Am” and “Sotto Assedio”. Italians has offered an interesting debut materials, specially recomendable for the followers of groups as a Amon Amarth, Finntrol, Tyr, to name a few.