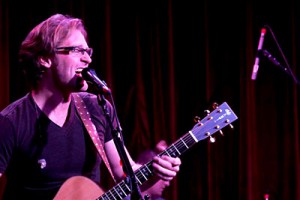 Marcus Eaton’s career has been a study in dichotomy. His music is unique and original, yet wide in its appeal. His band is but a trio, but is as sonically powerful as any twice its size. His influences and famous fans include icons dating to the 60’s (such as Rock’N’Roll Hall Of Fame-member David Crosby), and those who are among today’s most acclaimed artists (such as Tim Reynolds of Dave Matthews Band).

Eaton might be a small-town guy at the core, but his music knows no borders.

The singer/songwriter/guitarist from Boise, Idaho, recently released his 5th CD of original material, “As If You Had Wings”, an effort that has proven Eaton’s appetite for expansion. Powered by swirling bassist Ben Burleigh and powerhouse percussionist Kevin Rogers, the release is robust, a real rocker at times, yet shows the thoughtful songwriting that has been an Eaton trademark since he signed his first recording contract with a subsidiary of MCA Records in 2002. 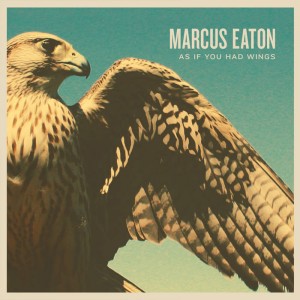 As one reviewer noted, the latest CD is Eaton’s “most accessible yet aggressive rock music yet. He’s developed into a dazzling guitarist”. Announces another, “The intricacy of Eaton’s songs is gratifying and unfortunately lacking in most mainstream rock”. Eaton’s style is an excellent mixture of maturity and excitement”.

The band has been likened to such vaunted trios as Cream, Rush and Police, with Eaton’s clear and inviting voice and ever-dazzling guitar work pacing the band.

One of the more discriminate authorities in rock history agrees with the haughty praise heaped on Eaton.

“I truthfully think he’s one of the best young singer-songwriter guys in America, maybe in the world”, Crosby says. “He’s an enormously talented person. And it comes from a very, very good place. People who really listen to music, I think, will find him just a joy. He’s a really brilliant writer. Brilliant musically. Brilliant lyrically. And he just plays (guitar) like God on a good day!”

And this lavish praise is imparted after a mere two-year collaboration between Eaton and Crosby, who were 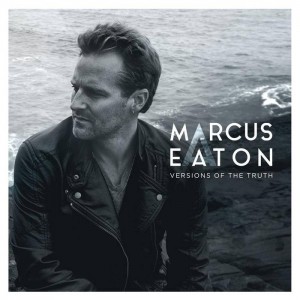 Eaton has performed at venues vast and intimate. He has been featured on the 20,000-capacity Gorge Amphitheatre side stage during a show headlined by Dave Matthews Band. His CD release party at The Knitting Factory in Boise crammed the concert hall even beyond it’s official 999-seat capacity.

Born in Pocatello, Idaho, Eaton has been one of the most acclaimed artist in the intermountain west for more than a decade. With such luminaries as David Crosby among his confidants, he seems poised to take the step to stardom many have anticipated for him since he first picked up a guitar as a child.

“I think everything happens in a great way for me”, he says. “It happens when it’s supposed to happen”. 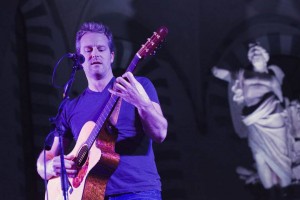