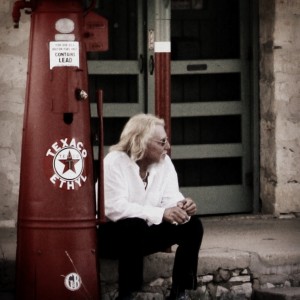 After pounding the musical pavement in Nashville for over 15 years and becoming frustrated with the “cookie-cutter” mentality of Music Row, Cheevers had moved to Austin in 2008 seeking fertile creative soil to revitalize his work. “While I love Nashville, I needed to move away from the chart-oriented songwriting mill into a world where artists are encouraged to write from the heart rather than writing for the charts. Moving to Texas felt right from the start. So many of my pals, like Walt Wilkins and Kevin Welch, had already moved there and I felt enormous creative freedom simply by being in that community of artists.”

If any residual doubts about the move did linger, they were resolved after his first Austin-based album, Tall Texas Tales netted Cheevers the 2011 Singer-Songwriter of the Year award from the Texas Music Academy. On Earth As It Is In Austin turned into an album which is another testament to the continuing creative growth he has experienced since leaving Nashville.

With On Earth As It Is In Austin, Cheevers delivers a generous 15-song helping full of his trademark tales of rebels and outlaws and dreamers and lovers, recorded as musical duets with 15 different celebrated musicians performing on one song each. Among the 14 Austin-based musicians contributing their talents are stalwarts Will Sexton, Walt Wilkins, Stephen Doster, Warren Hood, Dustin Welch and Van Wilks as well as longtime Nashville collaborator Charlie White. 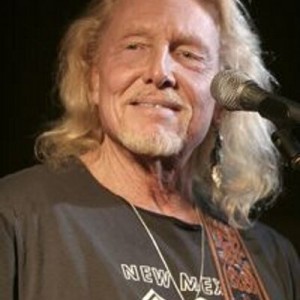 The songs comprising On Earth As It Is In Austin (Cheevers’ 10th full-length album) are full of adventure and misadventure, comedy and tragedy, history and fantasy. The characters populating his songs have lived, loved and lost. They know the meaning of down and out yet persevere through life’s heartbreaks, vagaries and travails with indomitable spirits committed to living as fully as they can for as long as they can.

Bob’s newest offering called “Fifty Years” comes in the form of a 5 disc boxed set with 83 songs covering his five decades of writing. He chose a couple songs from each of his ten commercial releases along with never heard before masters recorded over the five decades of his writing. Bob says this is his most ambitious project ever. It took over a year to choose the songs, sequence them by decades and recall all the players and singers on each track going back to the early ’70’s. 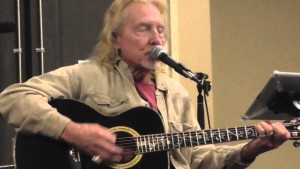 “A new label deal with Howlin’ Dog Records out of Alamosa, CO feels like a new beginning that takes the listener way back into my past”. The July 15th, 2017 CD release party at The Saxon Pub in Austin will surely kick the U.S. campaign off right. Already released January 24th in Europe followed by Bob’s 23 shows in 26 nights, “Fifty Years” is already on the way to being Bob’s most sought after album.

In addition to his annual UK tour, Bob continues to play in and around Austin with his duo partner Stephen Doster who has accompanied him on a UK tour with plans for another one in the works. They have established themselves as a power duo with great songs and an organic performing style that is always entertaining. 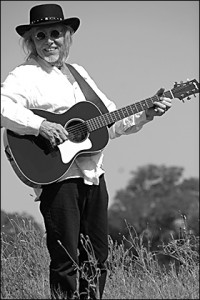 Long recognized by peers as being blessed with the acute vision of a master painter coupled with the precision attention to detail of a great novelist, Cheevers has written over 3,000 songs in his five decade career. Along the way he has rightfully earned the mantle of master songwriter as well as the respect of his many songwriting pals, including Texas icon Ray Wiley Hubbard, who recently said, “Bob is one cool scarecrow gypsy poet who writes and sings the romantic beautiful truth. When he releases a record, I listen.”

Also a cult favorite in the UK and Europe where he has toured for more than a decade, Cheevers continues to find inspiration in the life he’s chosen in Texas as well as the rich Southern heritage that came from his growing up in Memphis. His rootsy, blues-flavored songs spin tales of life in a conversational language of the heart that rock the soul. They are intimate and expansive, poignant and bracing, tender and raucous, unflinchingly honest and redemptively healing. As he laughingly is known to say, “I don’t know if these stories are true, but they happened to me.”