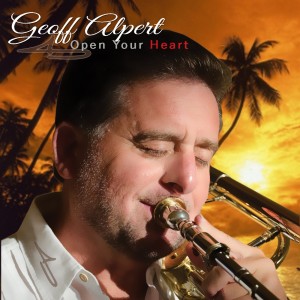 Trombonist Geoff Alpert has been around musical circles for a years, and he performed with many musicians and artists too.

“Open Your Heart”, his actual solo album, released with friends, introduces him as a soloist faithful to jazz/smooth jazz/groovy tendencies as well. His tunes and music presented on CD’s, also take influences from the period of late 70’s, and from the groups/artists as a : Chicago, Crusaders, Average White Band, to name a few. Mr. Alpert is  strong arranger, and also is evident that most of 10 songs from album posses enough melodic lines and phrases.

“Open Your Heart” as a album is especially recommendable for the followers of the 70’s groovy tendencies.