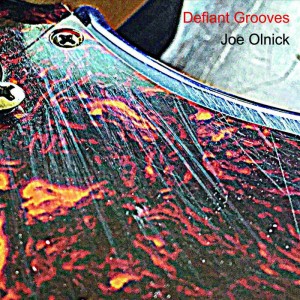 Guitarist/author Joe Olnick has been around for many years, playing and recording in many bands, and of course, solo.

His solo discography is also respectable, with 5 released albums. Actual one – “Defiant Grooves” introduce him as a instrumentalist faithful to rock/groove/funky/jam rock tendencies. His 7 presented tracks are improvisational in nature, with often tempo and atmospheric changes. A themes also know to be different among them, but in final Mr. Olnick has showed enough listenable and performing skills.