BIOGRAPHY:
The trip start in the own name, because Sunroad means an inner trip searching for deeply spiritual knowledge and the man-cosmos relation. The group was formed in Goiânia city (province of Goias), Brazil, by the cousins musicians Danillo Vee (guitars, backing vocals) and Fred Mika (drums, backing vocals), Sunroad, in the beginning, was simple a quartet but one year after it changed its line up to be a quintet and it happened many changes till the group establishes around Fred Mika, Andre Adonis (vocals, keyboards), Netto Mello (guitars, backing vocals) and Akasio Angels (bass, backing vocals).
Sunroad started to makes relative sucess in Goiânia and borderline with its first two albums, Heat From The Road in 1999, distributed only by there and Light Up The Sky (EP) in 2001, distributed by Golden Music Records. The group only tried the national and the international business in 2001/2002, but without great impact.

In 2003, the group big chance appeared quickly with the international distribution by Avantage Records of the Arena Of Aliens album release, very well received by the national and international critic in countries like Japan, USA and all Europe reaching various worldwide charts positions. Sunroad reached good reputation in the nationals heavy stages, by its technique and dynamic shows. At 2006´s Flying N´Floating album, they included a Scorpions cover from Sun In My Hand song (from the album In Trance, 1975) approved by its original composer, Uli Jon Roth. Along that period, Sunroad was regard one of the most important Brazilian rock group and the main hard rock band from the Midwest of Brazil. In the end of that year the band reached the Top 5 in the american college radios (with the First Day Without You ballad) and many shows invitations begun, including a south-american tour promoted by the Delzotano management of Peru, and by the biggest and important festivals of Brazil Midwest as Tattoo Rock Fest, Zardine moto-event, Alcatéia MC, Nomad´s MC, Abutres MC, Águias Do cerrado MC, Goiaba Rock, Covernation and Vaca Amarela among several others moto-clubs and festivals around Brazil including Blackmore Rock Bar in São Paulo and Tendencies Rock em Palmas. Sunroad dealed with Eduardo Bonadia of Strikemet Management. Bonadia was the co-founder and ex-editor of the biggest South America rock magazine, Rock Brigade.

In December, 2008, the band releases 1996-2006/Ten Years Treating Deafness, a 15 tracks collection for the Sunroad´s previous

ten years, since its foundation in 1996 till Flying N´Floating album released in 2006. Released by Allegro Discos and Tratore distributor, Sunroad reach very good distribution in several brazilian cities from its local stores.
At Jul/2009, Sunroad is invited as opening act for a Brazilian tour of Joe Lynn Turner (ex-Deep Purple, Rainbow, Y. Malmsteen). Soon after, Sunroad released the next album, Long Gone (Dec/2009) with two guitars format and news shows were booked and the released was promoted by TSM Music & Promotions in North America and Europe. Some moto-clubs, FNACs and tattoo rock encounters gigs followed this eleven tracks release and some important shows as opening act for Doogie White (Yngwie Malmsteen, Rainbow, MSG) in March/2010, and opening act for American hard rock band, LA Guns (May/2010) and for Christian classic rock band Petra (Aug/2010). At this time Sunroad was indicated as the better hard rock group from Brazil. Next year, 2011, Harion Vex rejoined Sunroad (he was out since 2004) and the band dealed with MS Metal Records/Voice Music distribution partnership for South America, Europe and USA. “Carved In Time” album is released in December, 2013. During the “Carved In Time” recording sessions, Sunroad toured with Mad Max (Germany) and Whitecross (USA). After the album release, Sunroad started the “Carved In Time Tour 2013-2014” along several Brazilian cities and the last show sharing stage with Styper band in December/2014 where they recorded its alive DVD with bonus videoclips.. 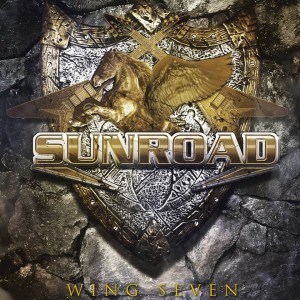