The husband and wife duo of Hilary and Stuart Adamson, better known as The Flyin’ As, are on the cusp of releasing their 3rd independent album, “You Drive Me Crazy”. As a top-shelf complement to the pair’s engaging, fun and funny, contagiously enjoyable live shows, “You Drive Me Crazy” is right on the money. “We love songwriting and performing”, says Stuart. “We want to draw people in and make them want more”.

As the Austin, TX, based duo will be the first to admit, the new crowdfunded album, the follow-up to 2011’s “‘Til They Shut It Down”, has been a long time coming. First there were a couple of unusual hurdles to surmount, the temporary loss of Hilary’s voice due to illness. And then there were the Oakland A’s. Say what? Yes, the Major League baseball team called out the lawyers when the americana flavored duo trademarked their band name (which derives from the cattle brand of Stuart’s family’s West Texas ranch). “Apparently, Oakland thought they’d trademarked the first letter of the alphabet”, says Hilary drily. 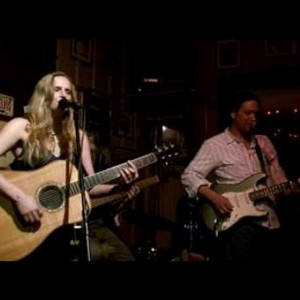 Once that was sorted out, Stuart and Hilary were free to enter the studio with arranger, producer and guitarist Chris Gage and an array of crack Austin session musicians. Chris shared that “Stuart and Hilary filled MoonHouse studio with energy, humor and drive! It was a joy to help them get the most out of their great new songs. The album came out well balanced between the two artists and runs the gamut from tender ballads to hot-picking toe tappers. I wish The Flyin’ A’s all the success they deserve”.

The result, as documented on “You Drive Me Crazy”, is a collection of diverse, heartfelt songs that borrows from americana, folk, country and tex mex influences. From the twangy ear candy of the opening number, “Little Miss Tumbleweed”, to the mournful lament of loss that is the closing “Wild Texas Wind”, Hilary and Stuart mine an array of melody and emotion that form a testament of endurance through good times and bad. 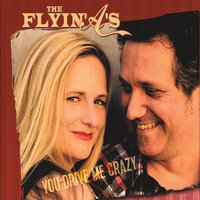 “The songs tell our story, because they’re all true”, Hilary says. To which Stuart adds, “I think we’re a good mix because our strengths aren’t the same. We bring out the best in each other”. After meeting in 2003 at the Kerrville Folk Festival, Stuart enlisted Hilary to serve as a backup singer for his own band. But as her vocal prowess sharpened and grew, she found herself being pressed more and more towards center stage until a true collaboration emerged. The pair married in 2005, and the following year The Flyin’ A’s released their 1st album, “Blacktop Back Roads”.

Since then the duo has toured in Texas, across the US and internationally, racking up some impressive endorsements en route. “A musical duo that is so hot right now, you’ll wanna cool your jets, land and take a listen to The Flyin’ A’s”(CBS News). “You Drive Me Crazy” will be released on September 2nd, 2016.