HEAD FOR THE HILLS (USA) 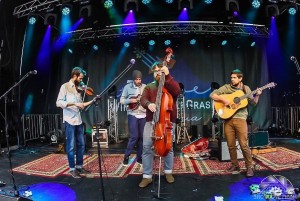 Head for the Hills has a simple but continuing dilemma they can’t seem to resolve. Specialists have been hired to no avail and the predicament persists: how does one describe the multifarious music of Head for the Hills? Among the top contenders are catchy turns of phrase like post-bluegrass, progressive string music, modern acoustic noir, and bluegrass bricolage. “On top of modern string music,” (Bluegrass Today), “Cutting edge” (Drew Emmitt) or “Best in Colorado Bluegrass” (Westword Magazine Readers Poll)—those are up there too. Strip away the artful descriptors and you have a forward thinking group of {mostly} acoustic musicians drawing on eclectic influences, tastes and styles. They didn’t grow up immersed in bluegrass music but came to it later in life, with each other. The result is a sound based in bluegrass that reaches into indie rock, jazz, hip hop, world and folk to stitch together fresh songs that bridge the divide between past and future acoustic music. 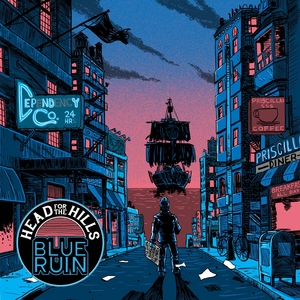 Head for the Hills—Adam Kinghorn on Guitar and vocals, Joe Lessard on violin and vocals, Matt Loewen on upright bass and vocals and Sam Parks on mandolin — have been bringing their music, whatever you’d like to call it, to audiences from the Telluride Bluegrass Festival to South by Southwest and a multitude of stages in between since 2004. The band has independently issued three studio records and one live, been featured on NPR Ideastream and eTown, co-released a beer with Odell Brewing Company and charted on the CMJ Top 200 (Blue Ruin, 2013 and Head for the Hills, 2010). 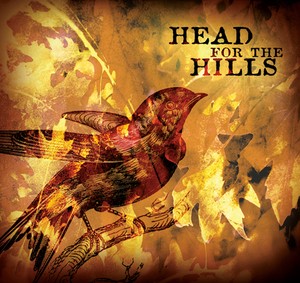 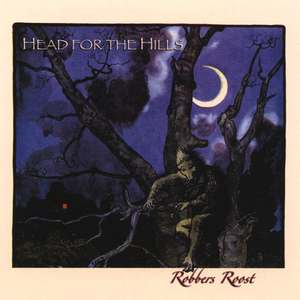 Here are a few of the things people all over the country have been saying about Head for the Hills: “Cutting edge” Drew Emmitt (Leftover Salmon); “Head for the Hills possesses that secret ingredient,” Ryan Dembinsky (Glide Magazine, Hidden Track); “Critics Picks-What we think you should hear at SxSW,” (Austin Statesman/360.com); “Summer Stars” (Relix Magazine); “Fiery and precise – what modern bluegrass should be,” City Weekly (Salt Lake City, UT); “A very modern indie rock approach to bluegrass,” Daily Herald (Provo, UT); “Colorado Neo-bluegrassers Head for the Hills combine old and new and carry the torch for a new generation,” Ryan Heinsius (Flagstaff Live); “Rising stars of the acoustic string scene,” (BluegrassLA); “The band is standing shoulder-to-shoulder with many of their predecessors, and in the process creating their chapter in the ever-continuing story of bluegrass,” (Marquee Magazine); “Reshaping the genre as a whole,” Sam Sanborn (Oregon Music News); “The name Head for the Hills connotes hightailing it, running away. Yeah right. From the growing crowd of fans in hot pursuit,” Susan Viebrock (Telluride Inside & Out); “Supremely satisfying,” Eric Podolsky (Jambase.com).