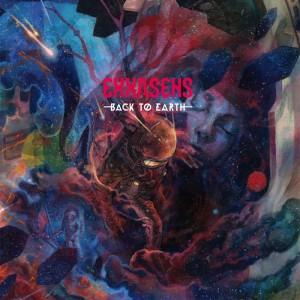 Biography:
Not having a defined music style is certainly the main appeal of EXXASENS proposal. The EXXASENS universe is full of sound landscapes which take the listener to a rich world of beautiful and powerful melodies. This could be the homeland of post-rock bands such as Mogwai or Explosions in the Sky, a place full of nice melodies with strong guitar atmospheres. EXXASENS style tries to go beyond by introducing progressive metal and nu-metal influences. 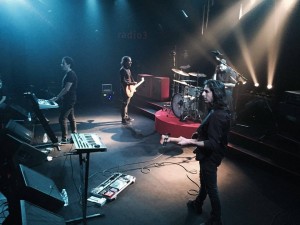 EXXASENS was born in April 2007 in Barcelona as a solo project by Jordi Ruiz, guitarist of Playmotive and Kyba bands. Back then, Jordi began to compose and produce songs at his place only using a computer and his guitar, with the sole purpose of passing the time.
Then, he decided to create a small home studio to enhance the potential for creation and improve the quality of his compositions. As a result he uploaded a song monthly on his myspace (www.myspace.com/exxasens). Within a few months, he received over 10,000 visits and very good reviews. Spatial exploration by humans is his main inspiration source for this work. 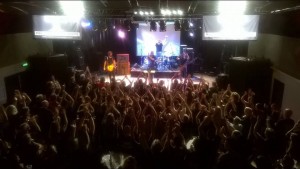 One year after its inception and after composing 12 songs, the new independent label “Counsoling Sounds” decided to go for EXXASENS. On May 10th 2008 an initial release of 100 copies was published under the name POLARIS. This first album has 10 instrumental songs that connect the listener with an inner world of melodies and sound effects. Themes like “Spiders on the moon” which narrates Apollo XI’s journey to the moon, “Polaris” which describes the immensity of the universe or “Gamma Channel” which recreates one of the passages of Orson Wells’ War of the Worlds, define what EXXASENS tries to convey through his music.

Next 27th August 2009 Consouling Sounds will launch 1000 copies of Exxasens second album named “Beyond the Universe”. This album will be composed by 11 new songs. As his first album there are a lot of sounds landscapes and as Polaris it is based on the immensity of the universe. Themes like “sky in red” which describes the trip of Yuri Gagarin to the outer space and his return to the earth as an URSS hero. “Copernicus” which tries to transport the listener to the crater Copernicus on the moon and 9 songs more, two including lyrics will set the new EXXASENS album.