About:
WARCHILD is THE premier Jethro Tull Tribute band in the eastern U.S., having performed at venues throughout NYC, Long Island, Pennsylvania and Virginia. Satisfying Jethro Tull fans’ cravings since 2004, WARCHILD has earned raves from press and fans.

Biography:
Serving to satisfy the NYC/Long Island area’s Jethro Tull fans’ cravings since 2004, WARCHILD aims to capture the excitement and memorable live performances of Tull focusing on its first decade of unique musicianship and creativity.

Current Location:
New York City/Long Island/Massachusetts/Pennsylvania
Influences:
Jethro Tull of course, all of the above, and all the other great tribute bands out there who do what we do & appreciate the attention to detail we all aim for, in order to try and re-create the wonderful music & performers we all love! 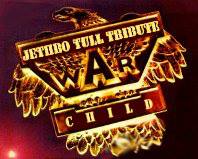