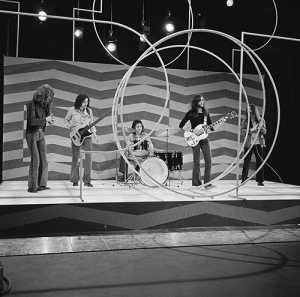 Nicko Christiansen was born in 1950 in the Hague at the seaside of West Holland. He started to accompany himself on the guitar, mainly songs of Little Richard, Chuck Berry and Bill Haley when he was eleven. In 1965 he met his musicpartner and friend John Lagrand the harmonicaplayer and they formed the bluesduo Indiscrimination. Afterwards, singer songwriter Leo Unger introduced them to the jazz and blues scene of Holland and a year later (1966) they made their first single record, accompanied by the most famous band of the Hague then, the Q65. Then John and Nicko created the Band Livin Blues, together with Ted Oberg, also with Cesar Zuiderwijk (Earring), Henk Smitskamp (Shocking Blue, The Motions), followed by Ruud van Buuren (Group 1850, Long Tall Ernie) and Johnny Lejeune. Three hitrecords and 5 albums were released with the help of producer Jaap Eggermont (1970) followed by tours through Germany, England, Switserland, Belgium, Luxembourg, Italy until 1975, when the band split up. 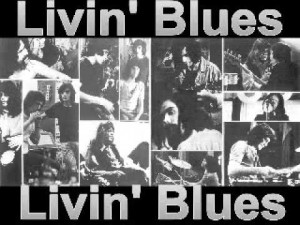 Highlights were the Dutch tour with Peter Green’s Fleetwood Mac, the Jazz and Rock festival in Palermo, with names like Ella Fitzgerald, Collosseum and Deep Purple. When this band split up in 1975, it was directly succeeded by a second Livin’Blues where Nicko was a singer saxplayer in all combinations of the band. Later highlights were the Music and Harmony event in the Ahoy where they jammed with Steve Lukathor (Toto) and Ad Van Den Berg. And after the millenium change the band toured from Moscow to Poland, Hungary, Czech Republic & Slovakia (2007) to Luxembourg, Spain and the Jakarta Bluesfestival in Indonesia with the help of manager Ruud Jansen.
Nicko says: “This is really the best combination of LBX ever. It steams and rocks, and is really alive. This band also goes deep into the spirit of feelmusic. These guys have great instrumental skills combined with feel. Also the atmosphere is so much better than before. To become friends is maybe the biggest talent. And the future is still young”.

Kees van Krugten (1957) is a well known musician in the professional Dutch music scene and he has been playing the drums for over 30 years with all kind of famous and less famous bands. He is very versatile and able to play almost all music styles, his preference is blues and jazz. During all the years Kees played with a huge number of musicians and artists, some of them are Hans Dulfer, Egon Verhoeven, The Amazing Stroopwafels, Boris van der Lek, Willem Breuker and Robert Long. In 1986 he toured with Barend Petersen in the States and in that year he also played in the Danssalon Bigband, the band that was a side act on a popular TV talkshow and he was the driving force in the Dunn Packer band. 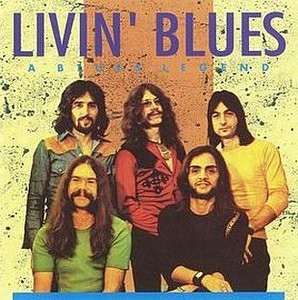 And last but not least did Kees a tour with Herman Brood in Spain. With Livin’ Blues Kees has been playing now for 12 years and he uses various drum kits but currently he is playing on a Tama starclassic that he sometimes mixes with Rogers en Slingerland toms 15″-16″ 18″ with K- Zildjian cymbals.

Jeroen van Niele was born November 12th 1965. Since 1980 he is an active member in the national music community. He worked in musicals, cabaret shows, pop, rock, jazz, latin and fusion bands, projects and consequently also teaches these styles. Jeroen is also a composer and a producer. 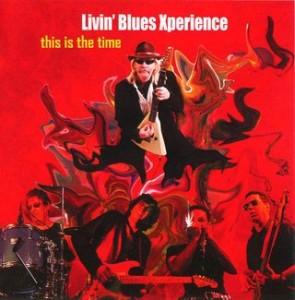 Loek van der Knaap (1960) picked up the guitar at age 15 and started playing in various local bands from his early 20’s onward. Inspired by guitarists like Peter Green and B.B. and Freddie King he started developing his own blues-based style. His first blues band was ‘One Way Out’, with the English harmonica player Pete Johnson and dutch singer/guitarist/songwriter Dicky Greenwood. Allthough Loek has been teaching the guitar from early on his career, he completed his study at The Rotterdam Conservatory in 1991, where he got his official degree as a music teacher. Very soon after that Loek started his collaboration with Nico Christiansen, when he joined the legendary Livin’ Blues. Over the past 20 years he performed with Nico numerous times in countries like The Netherlands, Germany, Poland, Spain and even Russia. They worked together on albums like ‘Out of the Blue’, God and the Devil’ (Nicko C. Band) and more recently ‘This is the Time’ (Livin’ Blues Xperience). 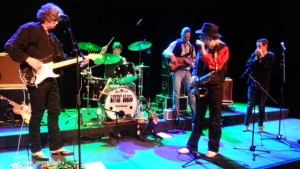 With his riffs and grooves Loek contributes to the songwriting of LBX and time after time he amazes audiences with his impressive solos during live performances. In 2010 Loek joined ‘VandeGarde’, a melodic ‘classic’ rock band of which the music is based on the lyrics (Dutch and English!) and music of composer/singer Jan van de Garde (vandegardemusic.nl). From time to time Loek also teams up with Blood, Sweat & Kiers of saxophone player Wouter Kiers. In the mean time Loek teaches guitar at his own guitar school ‘Gitaarstudio Loek van der Knaap’ (www.loekvanderknaap.nl). He teaches a variety of styles like (of course) blues and rock, but also jazz, pop, fingerpicking and classical music. The age of his students vary from 8 ‘till 67 (and counting..). Loek is also author of the highly acclaimed method for lead guitar, called ‘Speel blues en rock’ (3 volumes). This modern method is used by many music schools and private teachers in The Netherlands, Belgium and France. 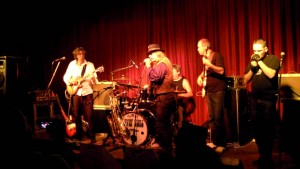 Bas Kleine, (Amsterdam, 1963) got his career off to a flying start in the most unlikely fashion by playing harmonica in the mildly succesfull dutch reggae band Brimstone. One album and many heartaches later Bas found himself in Ireland having abandoned the band during one of their tours abroad. His two year stay in the Emerald Isle (including recordings with i.e. Mary Coughlan, Percy Robinson, Hugh McClean and a zillion gigs), proved to be the best education a musician could ask for. Back in Holland Bas increased his mileage considerably by playing 150 shows a year for a lenghty spell with harddriving bluesrockers Sugar Mama.

Thanks to the Irish connection still intact, Bas joined up with Albatross with whom he toured extensively throughout Europe. In the last decade Bas has shared the stage and recorded with the likes of The Marble Tones, The Juke Joints, Jean Paul Rena, Nico Wayne Toussaint, Andy Frasco, Barry McCabe, Molly Hatchett, Lynwood Slim, No Jacks, Hook Herrera and still leads his own band The Harmaniacs. Today Bas is proud to be part of the band he grew up with listening and practising to.