Wily Bo Walker is a solo artist, songwriter, composer and performer noted for his characterful vocals and swaggering live performances. Renowned as being one of the most diverse and prolific artists around and hailing originally from Glasgow, Scotland, he is also the frontman with his bands Rattlin Bone and The Mescal Canyon Troubadours and works across many styles and genres, blues, rock, soul, swamp, alternative, soundtrack and jazz. 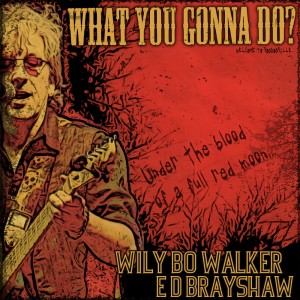 His album ‘Wily Bo Walker & The Danny Flam Big Band? in 2013 received worldwide critical acclaim and was considered for a 2015 Grammy nomination.

Wily Bo is the frontman with his New Orleans blues festival band, Rattlin Bone and is currently writing the Rattlin Bone album ?The Life & Death of Rattlin Bone – It?s Been A Wonderful Life? for release in 2016. 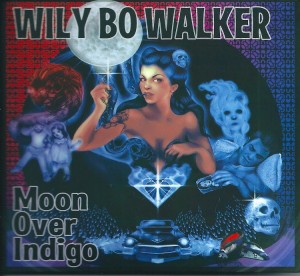 Currently based in London, Wily Bo Walker is also working on his one-man blues, swamp?n?stomp show ?Some People Kill For Passion – Welcome To VoodooVille? with accompanying CD.