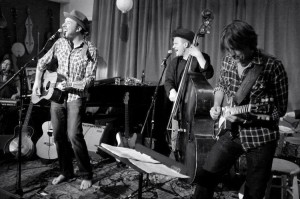 Named after one of the oldest bars in Los Angeles, The Coals play heartfelt California country folk. Blending romantic ballads that recall “the glory days of the L.A. troubadours” with a healthy dose of “faster stuff that you can move your ass to,” The Coals deliver a live show like no other. LA Weekly called the band “a rare and beautiful thing to behold.”

In the summer of 2013 The Coals released their second album, A HAPPY ANIMAL, which was praised as “Americana at its best” (NWT, Sweden) and “inventive, catchy, genuine and moving” (KPCC). With lead singer and songwriter Jason Mandell sounding more Dylanesque than ever, the album finds the band mixing traditional Americana with some playful mariachi and New Orleans influences. Though it’s just 22 minutes long, the record is a memorable journey through love’s ups and downs.

The Coals have opened for respected alt-country artists including Gillian Welch, Tim Easton and I See Hawks in L.A. Their 2010 debut album, BRING YOUR LOVE ON BACK, features guest vocals by Sara Watkins. One of the album’s tunes, “I Wanted a Lover, I Needed a Friend,” was featured in the video game “Silent Hill: Downpour.” (Interesting fact: The game’s soundtrack also includes a song by Kris Kristofferson, a major influence on The Coals who also attended the same college as Mandell, some 40 years earlier.) 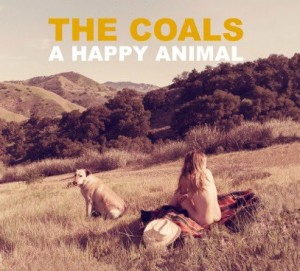 Rather than drown in melancholy or teeter on the tightrope of joy, The Coals embrace light and darkness. The spirit of the band might be best summed up by a line from a Leonard Cohen poem, which inspired the title of their new album: “Let me be for a moment, in this miserable and bewildering wretchedness, a happy animal.” 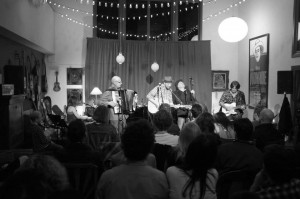