There is a sincerity in Jake Chisholm”s music that is immediately identifiable. Whether his compelling vocal, his memorable guitar hooks, or his thoughtful lyrics ; he excels in all areas, providing the listener with the feelings of both familiarity and being privy to something cutting edge ; both at once. No fancy bells and whistles here, just a deep and full sound that is a fresh take on blues and adding rock ‘n’ roll elements. Inspired by classic blues, soul and rock n roll, Chisholm’s tasteful yet intricate guitar work and songwriting evokes vivid and shameless tales of love, lust, and lessons learned.

An in demand session player on the Toronto jazz & blues scene, Chisholm earned a reputation as a talented and respected young vocalist/guitar player. Chisholm is the founder and leader of the popular blues band Jake and the Blue Midnights, who rapidly and deservedly gained the attention of Canada’s blues scene, performing at numerous club gigs and notable festivals around the country. This lead to a busy sideman stint backing many Toronto based blues artists including Julian Fauth, Paul Reddick, Raoul and the Big Time, and Jerome Godboo. 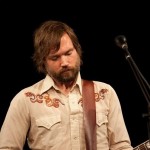 Reprising his role as a dynamic front man, Chisholm breaks out of blues convention with his new CD Diamond In A Coalmine. Featuring seven originals and two creative cover songs (Robert Johnson’s “Traveling Riverside Blues” and The Young Rascals’ “You Better Run”), each track on the CD is generous with infectious guitar hooks and gritty vocals from Chisholm, fat bass lines from Chris Banks, and heavy pulsing grooves from drummer Sly Juhas.Jay Danley provides additional support with the tambourine and maracas. 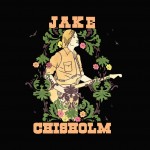 With his thoughtful, creative and powerful interpretation of the blues, Diamond In A Coalmine is a testament to Jake Chisholm’sskills as an exceptional songwriter, masterful guitar player and charismatic front man, while also paying homage to his musical influences.