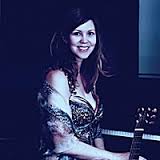 Carrie Day is an Edmonton, Alberta based folk/roots singer-songwriter who has gained a reputation for her breathy vocals, poetic lyrics and skilled arrangements that channel raw emotion straight to the listener’s heart.

Carrie discovered her love for music at age 10, when she taught herself to play and read music on a second-hand organ and some tattered music books, that her mom picked up at a garage sale. When she was 13, her dad – who had never been much of a fan for the lotto – won just enough money on a lottery ticket to purchase Carrie’s first piano, and that is when her musical studies took off.

ay studied classical piano through the Royal Conservatory of Music, then continued her studies at the University of Alberta where she received a Bachelor’s Degree in Music. Upon graduating, Day taught herself to play guitar, and in 2000-2001 studied with a tabla master while traveling in India. Songwriting soon followed, and Day’s talents began to shine in Edmonton’s indie folk/roots scene. 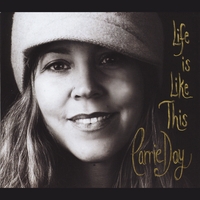 With a style of her own, Carrie Day’s sound may be described as a cross between Joni Mitchell and Cat Power. She is an emotionally charged artist with an exuberant stage presence, and a keen ability to capture listeners and warm their hearts. An introvert and shy by nature, Carrie’s songs showcase both her musical talents and her gift of reflection. There is also a light-hearted, happy side to Day’s writing, and many of her songs touch on subjects such as spontaneous road trips and trading in a day of work for a day of fun.

Feist, Joni Mitchell and Regina Spektor, Day also takes her inspiration from her daughter, who is featured on some of her recordings. Day’s songs reflect her calling to create beauty, and understand the world around her, resulting in a unique sound that speaks to universal human experiences of love, loss, joy and sadness. A sense of wonder permeates Day’s songs, which enhance the listener’s own reflections on life and what it is to be human. 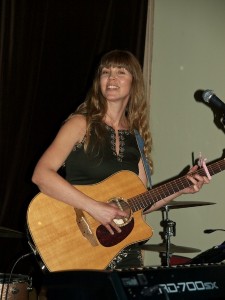 Day has been featured in local, national and international print (including the Edmonton Journal, CBC and Performing Songwriter Magazine), and is receiving airplay on CKUA, CBC, CJSR, Sirius XM, Now!Radio, and international stations as far away as Australia. “A Glimpse of Heaven”, Day’s first music video, was nominated for a 2012 Alberta Film and Television Award. Day has recently been nominated for the 2014 Edmonton Music Awards Female Artist of the Year.

Her self-produced debut album, Pieces of Me, engineered by Nik Kozub, marked the arrival of a serious new talent to watch. Performing Songwriter Magazine noted Carrie Day’s second album, Finding Grace, produced by Day and engineered by Kozub, brought to mind Sarah McLachlan in her Surfacing days. Day’s third album, Immaculate Night (Sound Extractor Studio), was one of CKUA’s top 100 for 2010. Her latest album, Life is Like This, debuted in CKUA’s top ten in November of 2012.