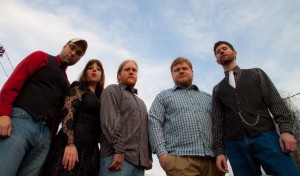 Hailing from Newington, Connecticut, 1974 is a 5 piece original rock band that conjures up the memories and sounds of classic stadium rock bands from the 70’s such as Yes, Kansas, Rush, Deep Purple, and Pink Floyd. Since 2007, the band has been awing audiences with powerful guitar driven riffs, Beach Boy-style vocal harmonies, catchy melodies, and high energy stage shows.

With a flair for the dramatic, guitarists Mike Forgette and 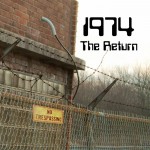 Adam Clymer harmonize guitar leads, trade solos back and forth, and can be seen playing each other’s guitars on stage. Bassist Gary Dionne’s playing has been described as eccentric, bombastic, and virtuosic. These traits manifest themselves into more than just beautifully constructed and tasteful bass lines – they become his physical presence on stage. 1974 would not be complete without drummer Tim Moore’s soulful vocal style and progressive-influenced drumming. His high-energy performances, coupled with his powerful voice, is always a must see for new and old fans alike. Parker Hu’s full force performances show her amazing ability to riff on keyboard melodies that can take the audience to new places, while her pensive vocals keep them bound to the edge of their seat. 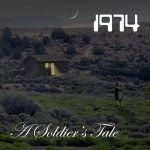 2010 saw the band branch out from performing to record their debut album, 1974 & The Battle for the Lazer Fortress. Released in February of 2011, 1974 & The Battle for the Lazer Fortress garnered critical praise from fans and the media. The Hartford Courant called the album “an ambitious effort, in concept and musicianship…an accomplished album from a young band worth watching.” The album’s concept, a futuristic sci-fi epic, was described by The Hartford Advocate as “unashamed early prog worship.” Though the band takes its time crafting complex time signatures and punchy guitar riffs, the music is sweetened by layers of catchy melodies that evoke modern influences such as Coheed and Cambria, Death Cab for Cutie, and The New Pornographers. The interwoven rock and pop facets created a recipe which propelled 1974 & The Battle for the Lazer Fortress into CT.com’s list of 2011’s top 15 albums. 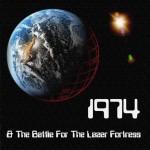 In 2012, 1974 took a break from their progressive sci-fi musical storytelling and intense performance schedule to release two 5 song EPs. The first of these, “The Return,” was applauded by CTindie.com as “a unique mix of softer sounds and bang-your-head-to-this interludes…They’re [1974] clearly setting out an ambitious project for themselves.” The Hartford Advocate celebrated 1974’s performance and song writing on “The Return” while predicting that the band “has a chance to stamp the CT music scene into broader national consciousness. This album, just like the full-length before it, deserves the listener’s immediate and undivided attention.” The second EP, “A Soldier’s Tale,” was released later that year. CT.com had only praise for the EP, calling it “an album [EP] that not only raised the bar, at least locally, for what a band could do with a concept album, but also re-introduced the listener to one of the most talented bands in the state.”
The end of 2012 brought 1974 a new accolade: being named “Best Band” at the 1st Annual Connecticut Music Awards. This was in conjunction with a nomination as one of the top 5 best rock bands in Connecticut. 2013 saw the band performing at larger venues and to broader audiences. 1974 made their first appearance at CT’s famed Infinity Hall, performed at the annual Daffodil Festival and the annual Vision & Grit Festival, and were able to increase their touring schedule. The end of 2013 saw the band nominated again at the 2nd Annual Connecticut Music Awards. 1974 receive a nominated as one of the “Best Overall” bands, and took home the award for the “Best Rock” band in Connecticut. 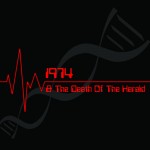 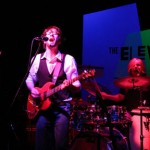