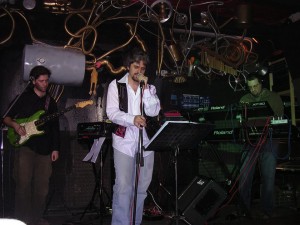 Neverland became a band in 2006… Rehearsals began in November , at a studio in Ostia Antica, which led to their first performance in March 2007 at the Acquofono club in Fiumicino… The set list was mainly constructed on the Hogarth era, and this caught the attention of the italian Fan Club, The Web Italy , whom after attending one of their concerts at the famous club Stazione Birra in Rome, decided to invite the band at their annual convention in Cervia in 2008. On that occasion, the band swapped their bass player with Mr. Pete Trewavas himself, who was a guest at the convention, and together they played Quartz. In 2009, Neverland were asked to be the opening act for Gazpacho’s Tick Tock Tour, and so they played a shorter set at Stazione Birra before the norwegian prog band. Over the years Neverland tried to showcase Marillion’s music all over Rome with the same passion and dedication. In 2010, The Web Italy agreed to give their blessings to the band, and the officially approved it as the best Hogarth act in Italy.On the 28th of March of 2011, the singer Alessandro Carmassi, was invited to sing with Marillion during the Swap The Band at their Marillion Weekend convention in Port Zèlande (Holland). He performed Quartz in front of more than 3000 marillionados who supported and liked him very much. Following that same year, the band decided that it was time to have a new image and logo to promote Neverland : the band contacted Antonio Seijas (designer of the artwork for Marillion’s album “Happiness is The Road” and “Sounds That Can’t Be Made”) to develop something that could express the essence of the band’s act. After a month they got it : an image which recollects icons of Marillion’s musical history in one magical landscape…Also a demo was recorded to showcase the band’s ability on recreating the atmospheres of Marillion’s masterpieces. 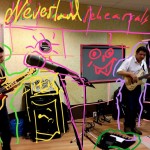 In 2012, after a year of preparation and hard work, the band is finally ready to get out of it’s home land and Tour the UK : Abertillery (The Dolls House), Bolton (The Railway), Glasgow (Ivory Blacks), Sheffield (Corporation), Bilston (The RObin 2), Harlow (The Square). The tour is a slight success, but when the band gets back home, Gabriele (Bass) decides to leave the project. As a replacement, Mr. Andrea Raddi is hired (ex Jester Song). 2013 sees the band rehearsing and adding new songs to the set list. After a comeback show in November , Alessandro Pone decides to quit. The new keyboard player was found only a couple of months later : Manuel Murgano, already member of another historic tribute band called ICON. From there on it’s all yet to be written… 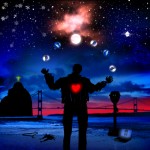