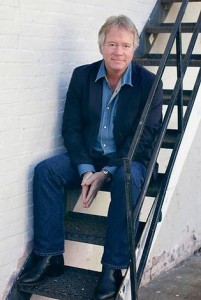 Easterling says, “In Nashville, there’s nothing a songwriter likes better than a co-writer with a broken heart. You can really mine that for great stuff. That said, I’ve been going through some major life changes, so I’ve had my own stuff to mine lately. In the process of writing these songs I discovered, for the umpteenth time, that life is about facing change and embracing it. As this new album began to come into focus, it dawned on me that I’d been writing songs about my own transitions – some good, like kicking the smokes and the booze, some happy times and some sad goodbyes, songs about people coming and going, songs about living and one or two about dying. I must say, ‘Goodbye Hello’ is the most personal album I’ve recorded to date”. Easterling’s career has been full of chart-topping songs including cuts with Dierks Bentley, Joe Diffie, Billy Joe Royal, Paul Thorn, Neal McCoy, Sons Of The Desert, Robby Hecht and others, but these days Easterling is embracing the life of a troubadour, focusing his energy on bringing his music and his stories directly to his audience. He’s toured with some of his favorite songwriters (who collectively have won 18 Juno and 35 Canadian and U.S. country music awards between them) and helped create ‘The Troubadours’ tour. The fall of 2013 saw them completing their 2nd Canadian tour with another planned for the fall of 2014. Easterling has plenty of solo touring planned as well. “Playing for new audiences reminds me why I fell in love with music in the first place”. Growing up in Chapel Hill, NC, Easterling released his debut album, “Both Sides Of The Shore”, on Moonlight Records in 1981. With his album tucked under his arm, he moved to Nashville and began striving to make his way in the music business in whatever way he could. Wyatt began writing for various song publishers and while looking for a new record deal he was asked by Atlantic Records to head up their A&R department. It was a departure from his original dreams, but that same year, he wrote and sang on ‘This Time I’m Takin’ My Time” for Neal McCoy’s album “At This Moment”. This collaboration launched more than 2 decades of gold and platinum winning releases with Easterling acting as songwriter, producer, executive and/or session player. Wyatt’s partnership with Miles Copeland (The Police & Sting) Bugle Publishing Group and Firstars Management occupied him in the late 90’s and early 00’s. Leaving Bugle and Firstars, Wyatt’s next step was to work on his own writing with songs like his title track for Dierks Bentley’s chart-topping, million-selling album “Modern Day Drifter”, followed by his critically acclaimed album “Where This River Goes” released on High Horse Records on May 4, 2009.