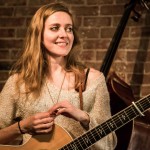 San Francisco CA – Singer/songwriter Megan Slankard released her brand new album “A Token Of The Wreckage”, March 8, that was three years in the making. And after a sold – out CD release party at Bottom of the Hill in San Francisco, Megan has sett off on a nationwide tour, begining with shows in Arizona and New Mexico, and continuing in Austin during the South By Southwest music festival. “A Token Of The Wreckage” follows up 2005′s ” A Little Extra Sun” which followed 2003′s ” Freaky Little Story”, which combined gave sold more than 25 units to date. Megan continues to embrace her indie status and the grass roots movement that she has remained a part of. She also has grown a lot as an artist.

While Megan has been pounding the pavement for several years, and has influences that range from the Beatles to Counting Crows to Prince to metallica to Simon & Garfunkel; she is rarely pigeonhold with comparisons musically or vocally. However, more than one critic has compared Megan to Rikki Lee Jones. Sha also has been supported for a while by powehouse AAA station KFOG in San Francisco, and has opened for the likes of Colin Hay ( Men at Work ), Dan Vickrey of Counting Crows, David Knopfler of Dire Straits, Dishwallam Hootie And The Blowfish and others. In fact, megan has toured Europe multiple times with Knopfler. 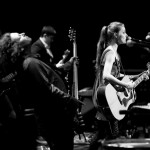 Megan has places in several songwriting competitions, including the 2009 IMA Vox Populli for the cover of Paul Simon’ s “America”. She was also selected as finalist in the 2008 and 2009 Musician’s Atlas / Borders Books Independent Music Awards, and as a semi-finalist in Discmaker’s 2007 Independant Music World Series, as well as the 2007 International Songwriting Competition. Also TLC’s “What Not To Wear” feautured Megan and as a result sales of Freaky little Story reached # 5 on Amazon com. But, now it’s time to turn the pages and start a new chapter, and Megan hopes to do just that with “A Token Of The Wreckage”.